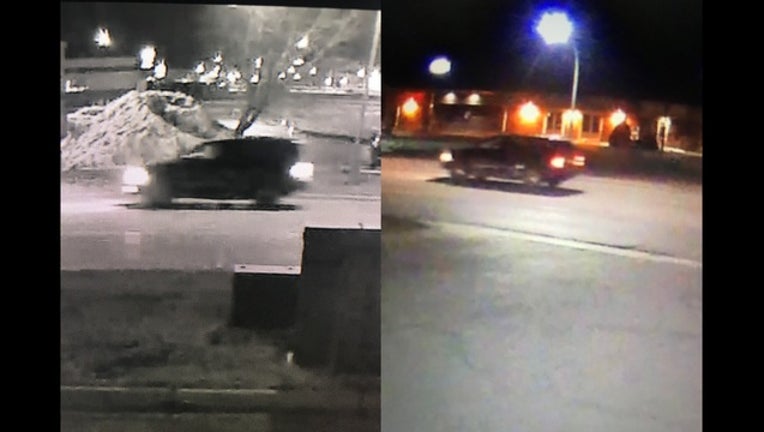 ALEXANDRIA, Minn. (KMSP) - Police believe they have located the vehicle that may have been involved in a fatal hit-and-run crash in Alexandria, Minnesota last week.

On March 19, Travis Pennig, 26, of Alexandria was fatally struck by a car while walking down 34th Avenue East near the Meadowland Mobile Home Park. The incident happened sometime between 10:15 p.m. and 10:40 p.m. The driver of the car fled the scene.

The Alexandria Police Department and the Minnesota Bureau of Criminal Apprehension received a tip on Sunday that led them to a vehicle matching the description of the dark colored SUV seen on video footage from the area. The vehicle has damage consistent with the scene of the crash.

Investigators seized the vehicle, but have not determined whether it is the vehicle that hit Pennig. It is being analyzed by the BCA. No arrests have been made. The investigation is ongoing.

Anyone with information on the hit-and-run is asked to contact the Alexandria Police Department at 320-763-6631.