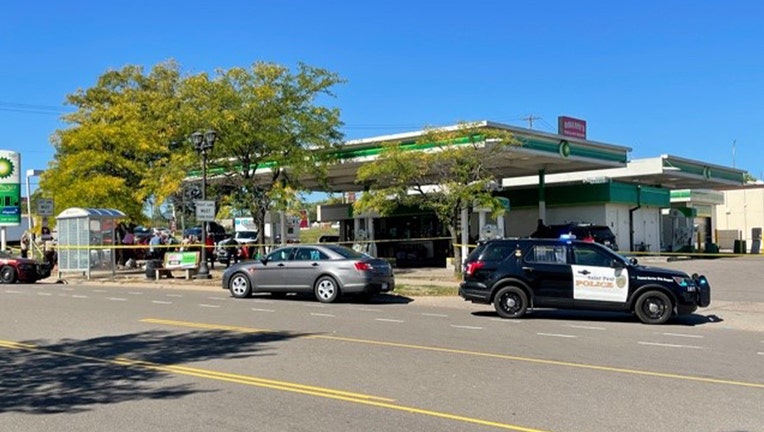 St. Paul police are investigating a deadly shooting at the intersection of Suburban Avenue and White Bear Avenue.  (FOX 9)

The 24-year-old man was arrested without incident at 3 p.m. on the 1500 block of Timberlake Road

The shooting occurred around 12:50 p.m. at the intersection of Suburban Avenue and White Bear Avenue, according to the St. Paul Police Department.

When officers arrived at the scene, they found a man lying in the parking lot who had been shot. He was taken to Regions Hospital where he was pronounced dead a short time later. The victim's identity will be released Friday after an autopsy, police said.

Police are investigating the shooting as a homicide. No motive has been determined.