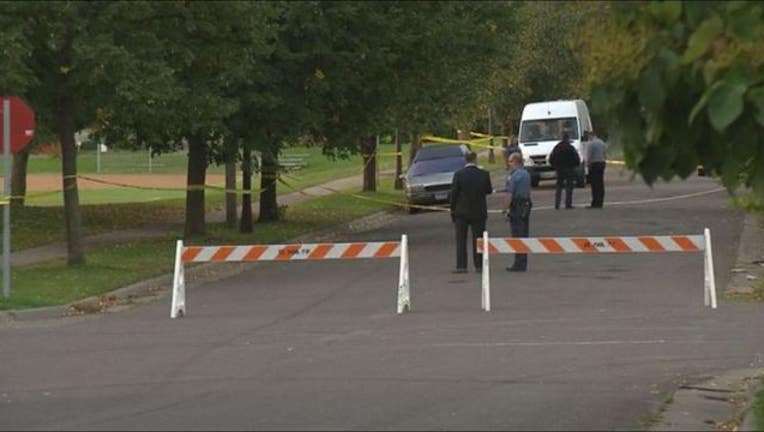 Hall's death has been ruled a homicide. Police are still investigating the incident.

Tim Emerson told Fox 9 he heard two loud pops, followed by screaming. It was about 3 a.m., and Emerson knew right away something was very wrong in the park just across the street from his family’s St. Paul home.

“She was just screaming, ‘Help me, help me, help me,’ and I looked outside and I couldn’t see anything. Then I saw a flash and I heard a pop, and then nothing, so I called 911,” he described.

The man had collapsed near second base, an apparent murder victim shot to death. St. Paul police were cautious with early witness accounts.

“Because it’s an active investigation, there’s not much I can really tell you,” St. Paul Police Sgt. Mike Ernster said.

Investigators taped off the park for hours as the playground and fields were combed for evidence. One longtime resident who heard the gunshots and the screaming described the park as a fabulous neighborhood asset where a person can walk at night without worry.

"It was scary. It just makes your hair stand up," one neighbor said.