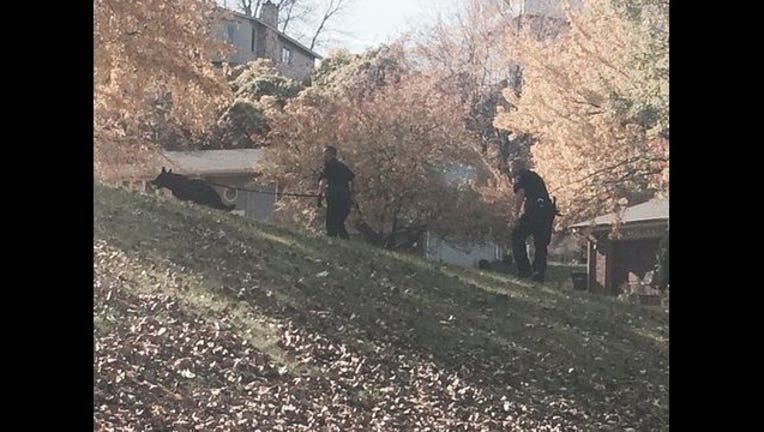 BLOOMINGTON, Minn. (KMSP) - Normandale Community College and Bethany Academy were both put on precautionary lockdown Tuesday afternoon due to a police chase that extended into Bloomington, Minn. The lockdown ended around 12:30 p.m.

Edina police tried to stop Darnell Hamilton, 38, for illegally tinted windows at 10:40 a.m. at W. 72nd Street and Metro Boulevard. Hamilton took off, leading police into Bloomington, where he bailed out of his car near Normandale.

Police later discovered the suspect was driving a stolen vehicle.

A K9 unit named Blitz eventually found Hamilton hiding in a gazebo. This was Blitz's first apprehension as a police dog.