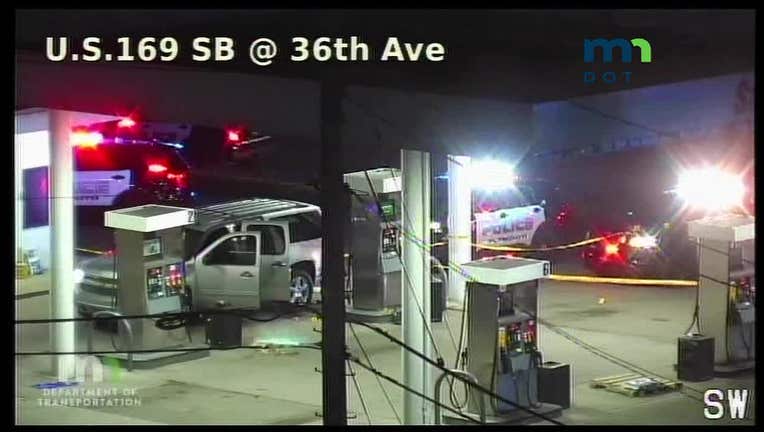 (FOX 9) - A man wanted in connection to a fatal shooting at a gas station in Plymouth has been charged after he turned himself in to police.

The Plymouth Police Department on Monday said Daniel James Hart, 23, of Brooklyn Park, turned himself in to authorities on June 17. He has been charged with being a prohibited person in possession of a firearm.

Police said they also received a tip on June 17 that led to the recovery of the vehicle Hart was last seen driving.

The investigation into the June 9 shooting that killed Marlon Pompey, 28, of Maple Grove, continues, police said. Hart has not been charged in connection to his killing, only with being a prohibited person in possession of a firearm.

Hart is scheduled to appear in court on Tuesday, June 21. He was released from jail on June 17 after posting $100,000 bond, jail records show.

According to the charges filed on June 16, police at about 8:25 p.m. on June 9 responded to a gas station on the 9600 block of 36th Avenue North in Plymouth, where they found Pompey with multiple gunshot wounds. He was taken to the hospital, where he was pronounced dead.

Multiple eyewitnesses said they saw a man fire a handgun multiple times at Pompey and then flee in a silver sedan, the charges state. Police recovered three 9mm discharged cartridge casings near the gas pumps, which indicated the suspect fired a semiautomatic handgun during the shooting.

The registered owner of the vehicle is a woman, who previously identified herself as Hart's girlfriend, the complaint said.

Police compared photos of Hart to images of the suspect, determining the shooting suspect is Hart, charges allege. Hart's criminal history includes prior convictions of weapons offenses and crimes of violence, including aggravated first-degree robbery and second-degree assault.