Video from Noah Smith shows the moments as a shot was fired inside the Bowlero bowling alley in Brooklyn Park, which left one person injured overnight.

BROOKLYN PARK, Minn. (FOX 9) - One person was injured in a shooting after a fight broke out at Bowlero in Brooklyn Park over the weekend.

The Brooklyn Park Police Department said just after midnight on Sunday, officers responded to a report of a gunshot inside a bowling alley on the 7500 block of Brooklyn Boulevard. Once on the scene, officers found someone outside the building who had been shot in the leg.

Preliminary information indicates an altercation between two groups of people inside Bowlero, which escalated into a physical fight. During the fight, one gunshot was heard, and both groups ran outside the building. 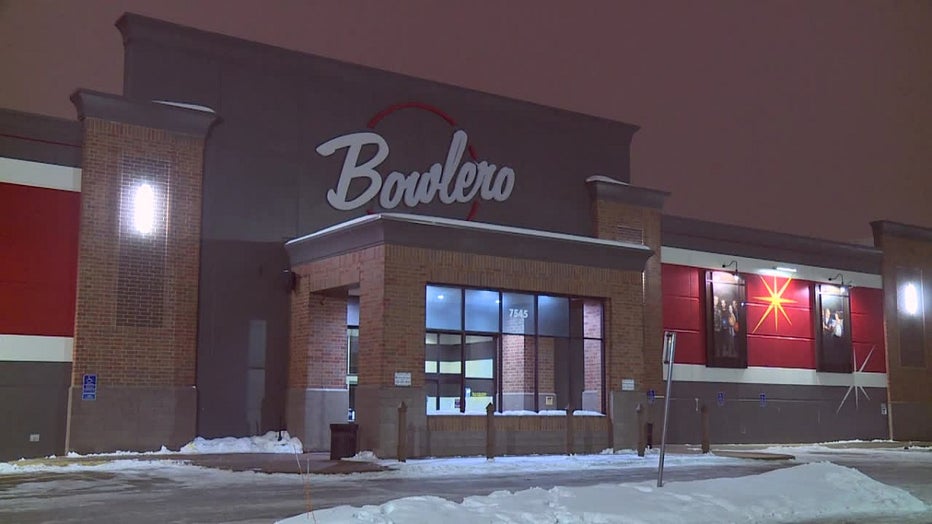 Brooklyn Park police say one person was injured during a shooting at Bowlero on Sunday.

A witness told police one of the people involved in the fight had a handgun. The suspects left the scene before the police arrived.

Authorities did not provide additional details on the victim or the others involved in the altercation, but police believe the two groups knew each other.

The shooting remains under investigation. Police have not reported any arrests.