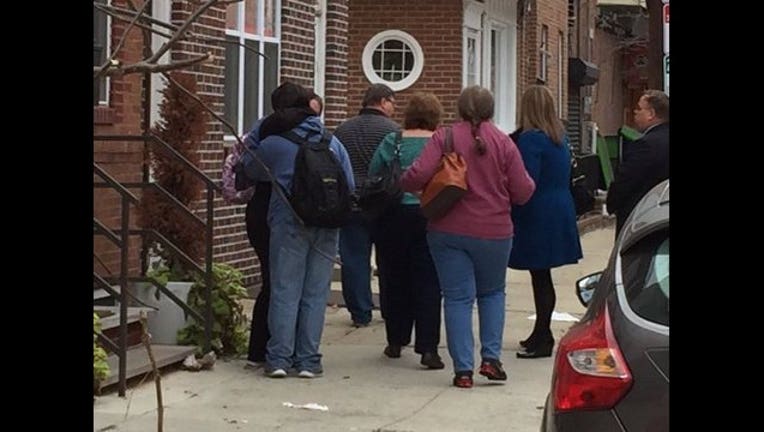 Hugs and tears, Beau Zabel's family visits the scene where he was murdered. Karen Hepp / Fox29.

PHILADELPHIA (KMSP) - The Philadelphia man on trial for killing an aspiring teacher from Minnesota has been found not guilty. Marcellus Jones was charged with murder and conspiracy to commit robbery in the 2008 death of 23-year-old Beau Zabel.

Zabel moved from Austin, Minn. to Philadelphia to start work in the public schools a few weeks before he was killed during a street robbery.

Jones is already serving a life sentence for killing a witness in the case, but a murder conviction in this case would have meant a mandatory life sentence without parole.