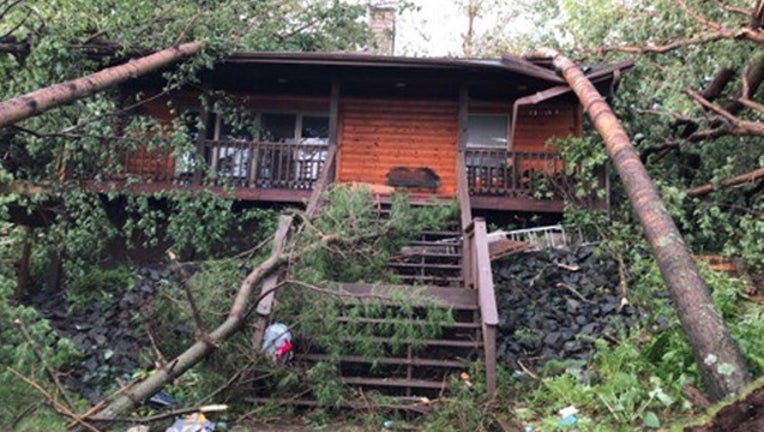 (FOX 9) - Nearly 7,000 residents are without power after storms ripped through parts of western Wisconsin Friday.

According to the sheriff's office, the area experienced winds faster than 84 mph as well as hail and heavy rains that damaged several buildings and power lines. Flash flooding was also reported.

As of Saturday morning, there are approximately 6,925 residents of Polk County without power, according to utility providers.

Any questions regarding Emergency Management in Polk County or requests for assistance should be directed to Chief Deputy Chad Roberts at chad.roberts@co.polk.wi.us or by calling the Polk County Sheriff’s Office Emergency Communications Center at 715-485-8300.

READ NEXT: Fallen trees, flipped boats and dented cars among the damage in Balsam Lake, Wis.