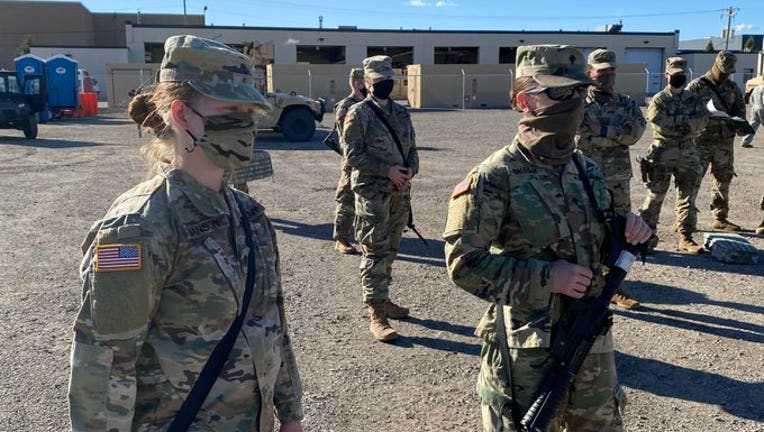 MINNEAPOLIS (FOX 9) - Minnesota Gov. Tim Walz has activated the Minnesota National Guard to assist local law enforcement in the Twin Cities after Derek Chauvin, the former Minneapolis police officer charged in the death of George Floyd, posted bond and was released from jail earlier Wednesday. The National Guard mobilization request came from the city of Minneapolis, the governor said in a statement.

"Out of an abundance of caution for the safety of Minnesotans, we have asked the Minnesota National Guard to prepare to assist in keeping the peace," said a statement from Gov. Walz.

"We are aware of current and future possible flashpoints that present challenges on both a local and national level," Minneapolis police spokesman John Elder said in a statement. "We are, and will, continue to work with our law enforcement partners, locally, regionally and federally in order to properly respond to situations as they unfold. We continue to work with our various communities to ensure our residents’ First Amendment rights to lawfully and peacefully protest are protected while maintaining public safety for all."

The activation and mobilization of the National Guard was critical in restoring peace to the streets of Minneapolis and St. Paul amid rioting and looting that broke out following the death of George Floyd on May 25.

On May 26, protesters broke into the Minneapolis Police Third Precinct parking lot and smashed squad cars. Widespread looting and arson of businesses started on May 27 and rioters breached and then burned the Third Precinct on May 28.  That night, Gov. Tim Walz activated the National Guard. Guard officials said 500 soldiers deployed to Minneapolis overnight.

By May 29, 700 soldiers had been sent into Minneapolis and St. Paul, the National Guard has said.

Rioting continued that night, and Walz fully activated the Guard for the first time since World War II. Troop levels reached 4,100 on May 30 and 5,025 by early on May 31, the National Guard has said. Soldiers assisted hundreds of Minnesota State Patrol troopers, who had also been called in to help Minneapolis Police with the unrest.

That historic deployment finally assisted in getting the disorder under control over the weekend of May 30-31.