The Minnesota Bureau of Apprehension is investigating after a Minneapolis police officer shot and killed an armed man while serving a search warrant Wednesday morning at a downtown apartment. More than 12 hours later, whether the man killed was connected to the search warrant remains unknown as authorities refuse to answer media questions.

MINNEAPOLIS (FOX 9) - A member of the Minneapolis SWAT team shot and killed an armed man in a downtown apartment building while serving a search warrant Wednesday morning, according to interim police chief Amelia Huffman. Police have yet to clarify if the man they killed was connected to the search warrant.

In a press conference held jointly with Minneapolis mayor Jacob Frey, Huffman detailed the events that occurred. Neither her, nor Frey took questions from reporters.

Huffman says the Minneapolis SWAT team was assisting the St. Paul Homicide Division by serving a search warrant around 6:48 a.m. Wednesday at Bolero Flats on Marquette Avenue. According to the MPD incident report, the SWAT team went to two apartments on the 14th floor before the one on the seventh floor. Huffman says officers gained entrance to the apartment by using a fob, and after "loudly" announcing their presence, entered the seventh floor apartment.

The Minneapolis Police Department says about nine seconds "into the entry," they "encountered" a man holding a handgun pointed in the direction of officers. Mark Hanneman, a member of the eight-person SWAT team, fired at the man, striking him three times – twice in the chest and once on the right wrist, according to the incident report.

A member of the Minneapolis SWAT team shot and killed an armed man in a downtown apartment building while serving a search warrant Wednesday morning, according to interim police chief Amelia Huffman.

MPD says officers carried the injured man down to the lobby to meet paramedics, who then took him to the Hennepin County Medical Center, where he later died.

Police have not claimed that the subject ever fired, but authorities have said he had the loaded weapon in hand when lone officer shot and killed him. Wednesday afternoon, MPD released images of the gun and ammo recovered inside the Bolero Flats apartment after the deadly police encounter. 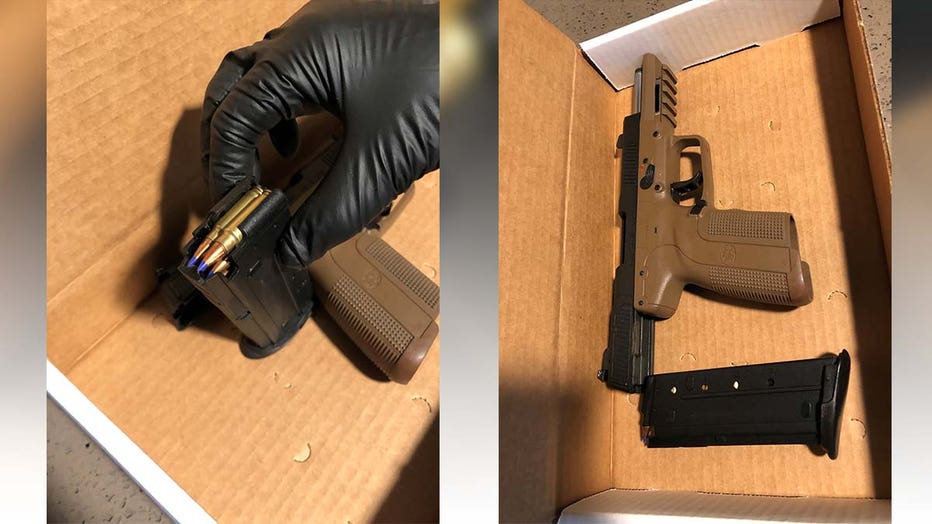 The Hennepin County Medical Examiner's Office will release the identity of the man, along with his nature and cause of death, at a later date. Those who organized and gathered at a vigil Wednesday night identified the man killed as a Black man under 25 years old named Amir Locke.

Officers were wearing body cameras during the incident, which recorded audio and video. Huffman says she has reviewed the footage. Minneapolis activist groups have called for the body camera videos to be released, as well as charges to be filed against the officer who fired shots.

The Minnesota Bureau of Criminal Apprehension is now handling this investigation. It is typical for the BCA to take over cases if officers fired shots.

Bolero Flats Management sent the following message to residents and guests around 1 p.m. Wednesday regarding the police shooting:

This morning the MPD police were at the property executing a search warrant. Please be advised that this activity is an isolated incident and all parties involved are no longer at the property and does not pose any threat to any residents. The police will be present at the building throughout the day during this investigation.

The apartment building stated that the lobby and other common areas will be closed the remainder of the day.

Until further notice, upon entering Bolero Flats you and your guests may be asked if you live in the building. You may be asked to present an ID.

In addition residents must come down to the lobby to invite in your guests inside. While the call box will continue to work, your guest may be stopped at the door.

Management did not say how long these safety measures will be in place.

Residents tell FOX 9 they haven't felt safe in the building for a while, and this latest incident just adds to that feeling of insecurity.

This is a developing story. Check back to FOX 9 for updates.