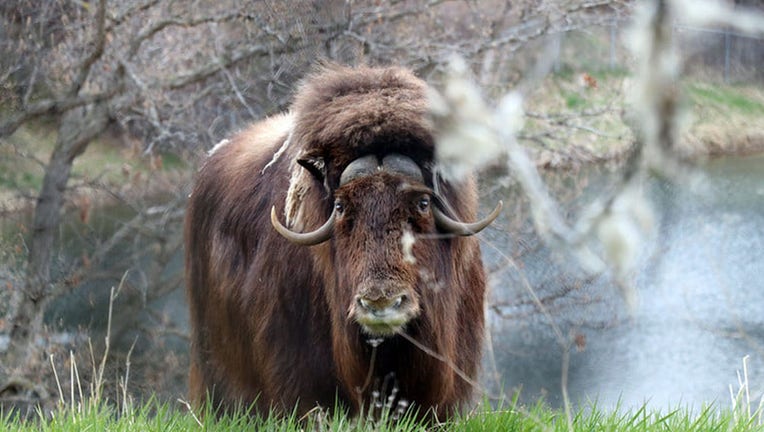 Pearl the musk ox explores her habitat at the Zoo in early spring 2021. (Minnesota Zoo / FOX 9)

APPLE VALLEY, Minn. (FOX 9) - The Minnesota Zoo put down its two remaining musk oxen this spring after the state’s warming climate eventually became too much for the animals, which are native to the Arctic tundra.

Musk ox have been a fixture at the zoo since it opened in 1978. The animals were one of five main species on the Northern Trail, along with tiger, moose, Asian wild horse and camel.

Minnesota had become too warm for the musk oxen, according to the zoo. About 10 years ago, zookeepers started noticing the increased summer heat and humidity was affecting the herd. After noticing the changes, the zoo made the decision to stop breeding musk oxen and not acquire any new herd members.

Over the next 10 years, the herd shrunk until only two senior females remained. Both had a number of age-related challenges that became compounded by the spring and summer heat, so in April, the zoo decided to humanely euthanize the pair.

The Minnesota Zoo had one of the most successful musk ox breeding records of any North American facility, with over 65 calves born at the zoo since 1980.

The zoo has not said whether it will replace the musk ox with another species. For now, a group of Asian wild horses will occupy the former musk ox habitat.