Minnesota Untold: The Unwanted — Lessons from the Gateway

Panic over downtown crime. Demolition of homeless encampments. Civic leaders worried about businesses fleeing the city. Welcome to the City of Minneapolis in 2022. But it also feels a lot like 1958. 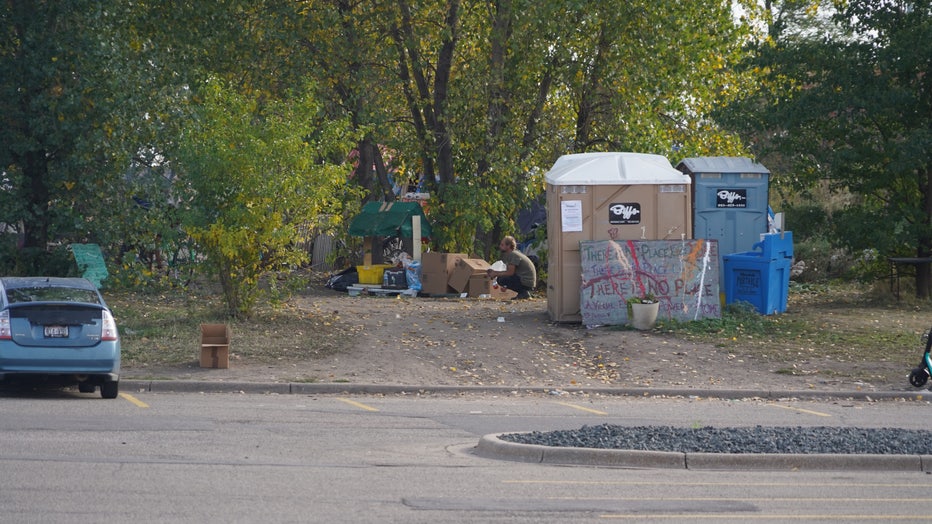 The homeless encampment near the Quarry Shopping Center in Northeast Minneapolis. (Supplied)

Sixty years ago, Minneapolis found itself in an existential crisis over the homeless problem of that time, as businesses and residents were leaving for the nascent suburbs.

The city’s solution:  Tearing down the old Gateway District, obliterating 40 percent of downtown, and replacing much of it with surface parking lots that remained for decades.

For some historians, the parallels to today are striking.

"When you obliterate your history, maybe you are meant to repeat it," said Star Tribune business reporter James Eli Shiffer, author of The King of Skid Row.

"It’s the story of the city that Minneapolis wanted to forget," he said. 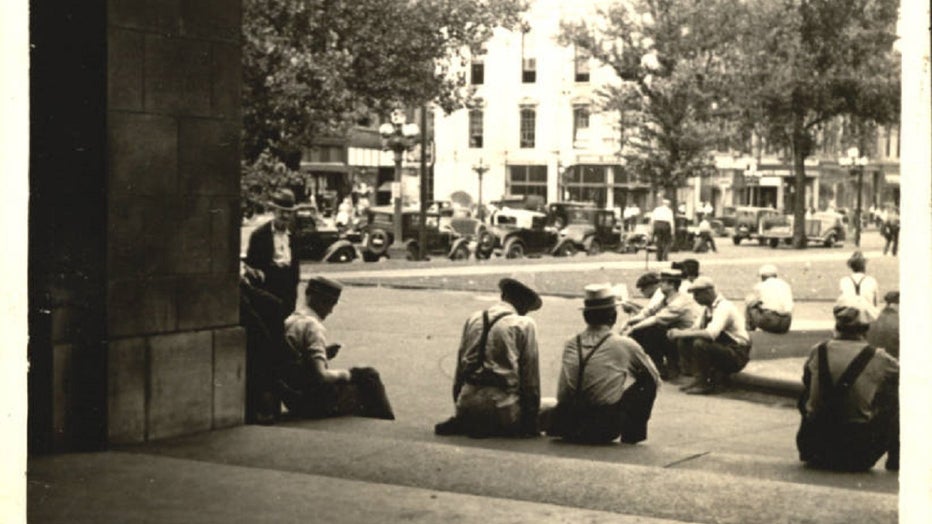 City leaders were in a dither about what to do with their very own Skid Row, the largest in the Midwest, in a vibrant but sketchy part of town called the Gateway District.

The Gateway District, and Bridge Square before it, served as the historical welcome mat for the city, at the south end of the first bridge to cross the Mississippi, and bookended by two train stations.

"It’s not necessarily about the safety of the city, it was about what does this say about our city, our image," said Molly Jessup, a program specialist with the Mill City Museum.

It was a bustling, urban, gritty tableau of vice, with more than 60 liquor stores, saloons, and brothels contained in a 20-block area. City code prohibited alcohol in many other neighborhoods until 1973.

Three thousand single men called The Gateway District home.  Many were railroad workers known as ‘Gandy Dancers.’  But there were also men who had come looking for seasonal work in agriculture, the flour mills, and lumber industry. 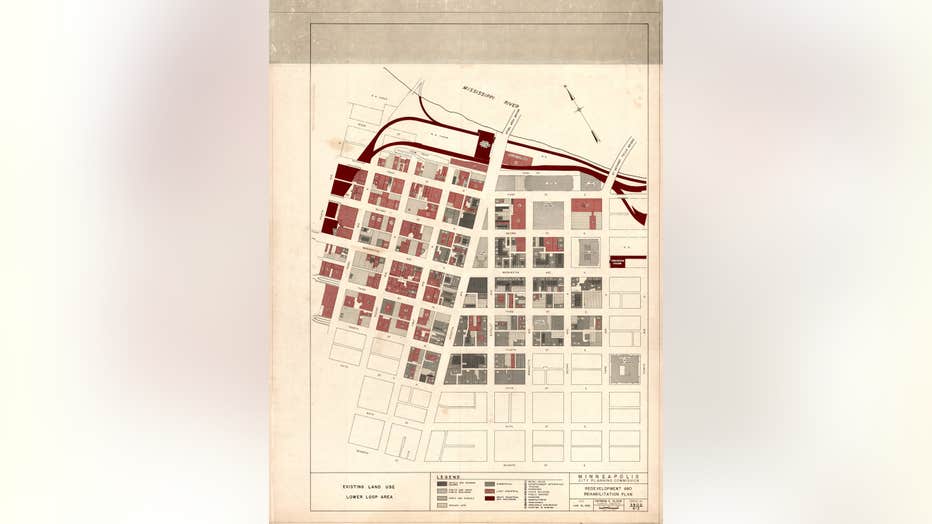 By the 1950s, the economy had moved on. The jobs were gone.  But the men, many now aging pensioners, stuck around.

Most lived in hotels, or flop houses, in so-called ‘cage rooms’ that were considered little more than fire traps.  Ten men would share a single toilet.

For some, it was a lifestyle choice.

"Not everyone in this neighborhood were drunks," Shiffer said.

"A lot of them they just wanted to live this way, and not be in a suburban rambler, or didn’t have the opportunity to do that.  And this was affordable housing," he said.

According to a University of Minnesota sociology study of the area at the time, nearly half of those arrested in Minneapolis lived in the Gateway District, most were arrested for public intoxication.

In the center of the neighborhood, where Nicollet and Hennepin avenues converged with Washington Avenue, stood Gateway Park.

A postcard vision of sophisticated old-world elegance when it was constructed in 1913, it became decrepit over the decades.

"Some of the most famous pictures of Minneapolis from the Great Depression are the homeless camp that existed there with men sleeping in the park," Shiffer said.

The newspapers declared it a "piss palace’ inhabited by inebriants. 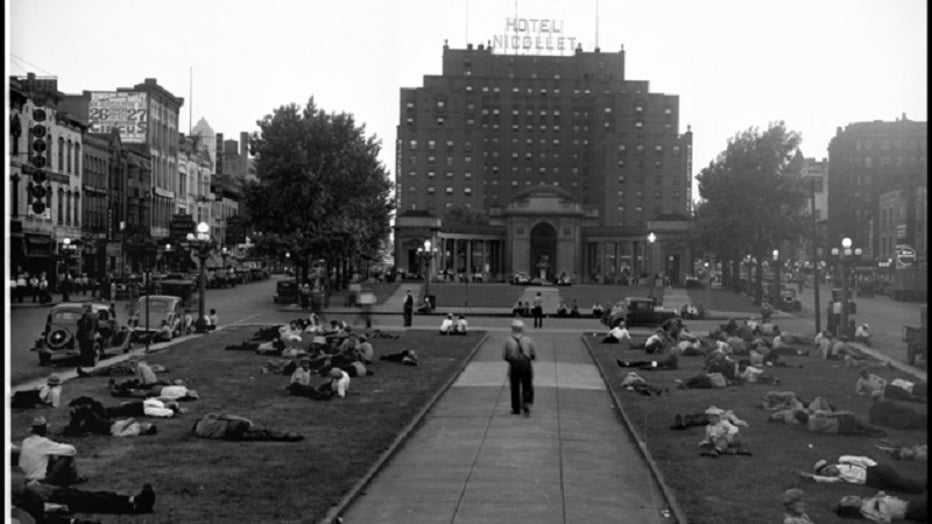 Gateway Park in 1937. Its reputation was cemented during the Great Depression, when men would loiter in the park. The pavilion was leveled in 1953 and a fence erected around the park. (Hennepin County Library / Supplied)

It became symbolic of the larger Gateway neighborhood and its troubles.

"Minneapolis was trying to figure out how to deal with this irritant, this eyesore, with all of these idle men," Shiffer said.

Gateway Park’s iconic pavilion was demolished in 1953, and a fence was erected around the park area to prevent loitering.

It was the first structure in the Gateway to go, but it wouldn’t be the last.

The Beginning of The End

By 1958, a consensus had emerged among civic leaders: The Gateway District had to go.

All of it. And quickly.

The federal government paid for much of the demolition through a program known as Urban Renewal.

Over the course of the next two years, the city demolished more than 200 buildings in The Gateway District, accounting for more than 40 percent of Downtown Minneapolis. 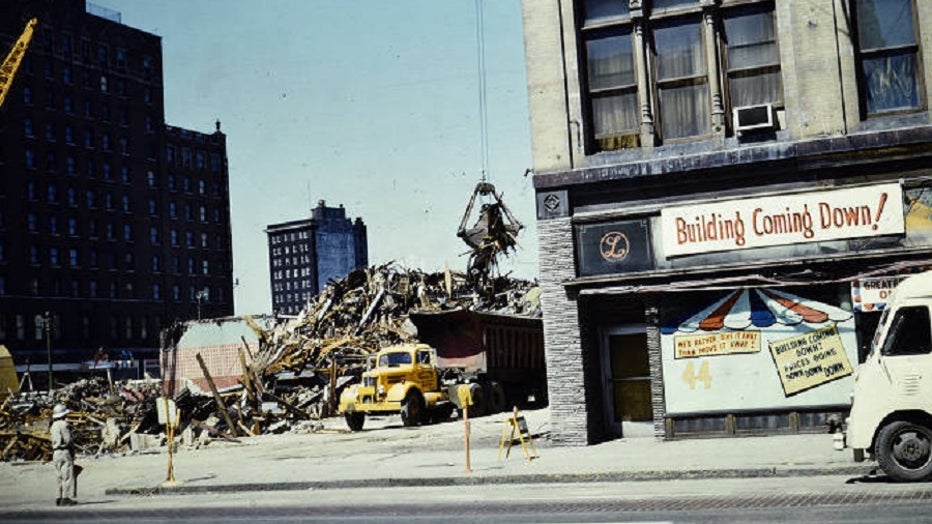 More than 200 structures were demolished from 1958 through 1960, about 40 percent of downtown Minneapolis. (Hennepin County Library / Supplied)

But there was little input from the people who lived in the Gateway District, or concern for the thousands of people who would be displaced.

Archival news footage from 1958 shows the head of the Minneapolis Housing and Redevelopment Authority estimating 1,650 men would be able to "relocate themselves" but the remaining 1,255 had "a great problem facing them when the time comes for demolition," because of the extreme shortage of affordable housing.

"I think it’s a cautionary tale for what it did for affordable housing," said Jessup of the Mill City Museum.  "Once the housing in The Gateway was removed there wasn’t any place for them to go," she said.

Those who could find new housing, were given $5 dollars from the City of Minneapolis, roughly the equivalent of $50 today.

"In some cases, people really disappeared from the historical record," Jessup said. 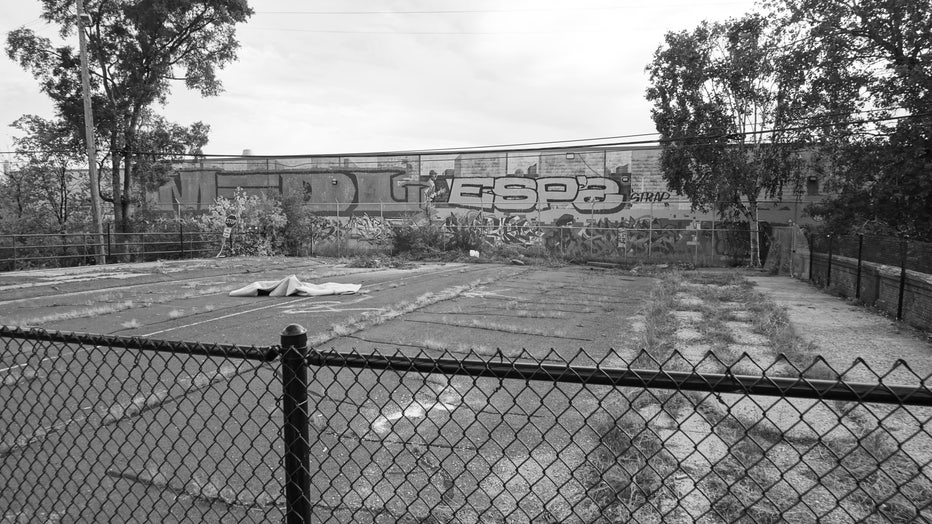 The most reliable documentary record of life in the Gateway in the 1950s comes from an improbable source.

The late John Bacich, aka Johnny Rex, owned the Gateway trifecta:  a bar, liquor store, and a hotel.

Bacich is the subject of Shiffer’s book, "The King of Skid Row," which explores the man and his times in all their complexity.

Bacich also filmed the best existing documentary footage of The Gateway from the 1950s and 1960s. He added narration to the footage in the 1980s.

"A lot of these fellas, people feel sorry for them, but what they will tell you is we just don’t want responsibility," Bacich narrates over the grainy footage.

"Here’s our buddy drinking another quart of wine," Bacich says over film of a man throwing back a bottle that Bacich says he provided. 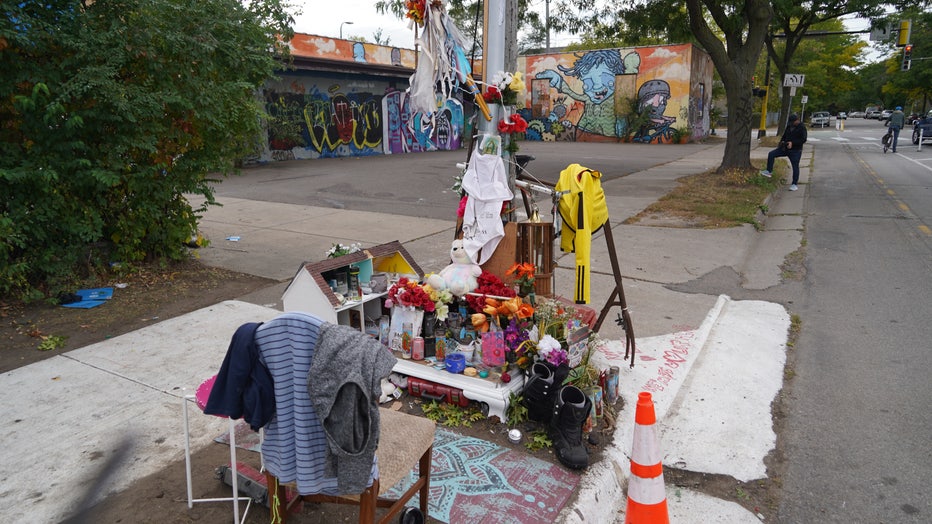 A memorial to a homeless man murdered near the encampment at 29th Street & Nicollet Ave. S. (Supplied)

As Shiffer explains, Bacich was an advocate for the men in the Gateway, but he was also their enabler, selling them booze.

And yet, the Bacich film also humanizes the people society, then and now, didn’t want to see.

Until the wrecking ball was imminent, the press did little to understand the lives of the people who lived there beyond the daily crime blotter.

"It’s othering, right?" Shiffer asked rhetorically.  "It’s easier to remove them if they are the other."

Bacich ends his narration with these final words: "It’s an era I hope none of us never forget."

Most people forgot, of course.

For decades, the only remnant of The Gateway District were surface parking lots.

But the area has seen something of a renaissance in the last few years.  There are now luxury condos, a Starbucks, Whole Foods, even a new Four Season’s Hotel where the Gateway once stood.

The brick buildings and hard-luck lives of those who once lived here are like sepia-toned ghosts.

"Is it the city it was?" asked Shiffer.