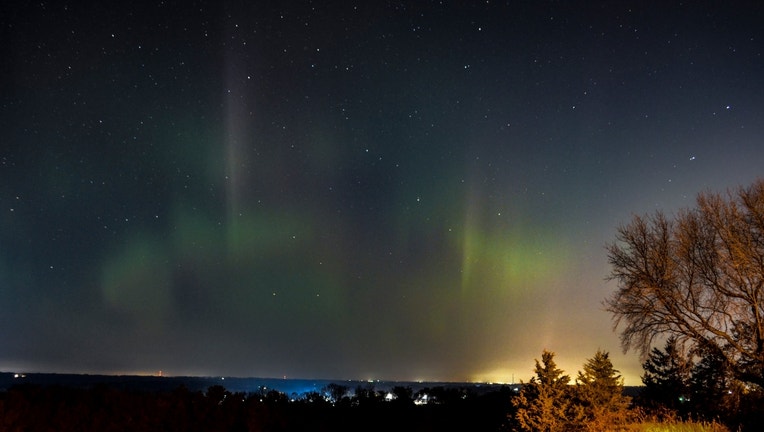 (FOX 9) - A solar flare that launched from the sun on Tuesday reached the earth last night, causing a geomagnetic storm in the upper atmosphere and producing quite the light show for folks across the northern United States.

The strength of the flare-up allowed the aurora borealis to be seen across Minnesota in the wee hours of this morning, helped in part by our clear sky and fairly dry atmosphere.

The energized particles from Tuesday's coronal mass ejection rode the solar wind toward earth before impacting our magnetic field.  Those particles skim along earth's magnetic field and collide with various molecules in the upper atmosphere, producing energy that causes various colors to flare and fade, based on the height and type of particles hit.

A complex series of astronomical events that result in those pretty colors we know as the Northern Lights!

Did you capture any photos? Send them to fox9news@fox.com.