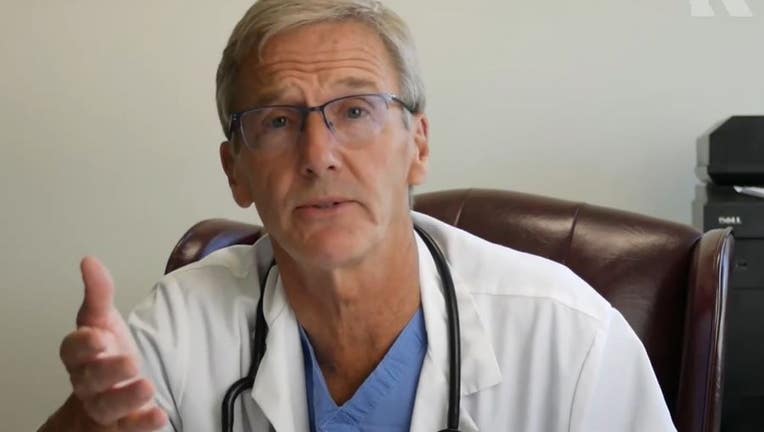 Dr. Scott Jensen (R-Carver Co.) says he is being investigated by the state for misinformation regarding COVID-19. (Facebook)

(FOX 9) - A Minnesota State Senator and doctor known for disputing government-reported fatality data related to COVID-19 says he is being investigated by the Minnesota State Board of Medical Practice in Minnesota.

In a Facebook video Sunday, Dr. Scott Jensen, a Republican state senator for Carver County and a family medicine doctor, said he was “ticked” to receive notice from the state that he was being investigated.

Dr. Scott Jensen says he’s being investigated by the state for spreading misinformation

Dr. Scott Jensen says he's being investigated by the State's Medical Practice Board for spreading misinformation about the coronavirus. (Scott Jensen/Facebook)

Jensen said he is being investigated for public statements he made “spreading misinformation” about death certificates and COVID-19 on a news program and “provided reckless advice” comparing COVID-19 and influenza.

Jensen has been a vocal critic of Minnesota’s handling of the COVID-19 pandemic, including disputing the reported death totals, disputing future modeling of the virus and comparing the virus to influenza.

In the video, Jensen said he was “trying to provide some context for the flu, for COVID-19.”

He took particular issue with COVID-19’s place on death certificates, saying that too many death cases where COVID-19 was “assumed to have caused or if it contributed” were listed as COVID-19 deaths. He pointed to medical guidelines that say the virus should not be listed unless the patient was confirmed positive.

Jensen said the Medical Practice Board does “important work” and said he plans to “fully cooperate with them,” but went on to say that he feels targeted by anonymous complainants. He lamented the fact that he was not allowed to know who complained about him.

The Board of Medical Practice is made up of 16 members, including 11 physicians and five members of the general public who are appointed by the Governor. The board works with the Minnesota Attorney General’s Office when reviewing complaints against physicians, the Board’s web page says.

Most complaints are about competency, impairment or chemical abuse, sexual misconduct and inappropriate prescribing, the Board’s website says.