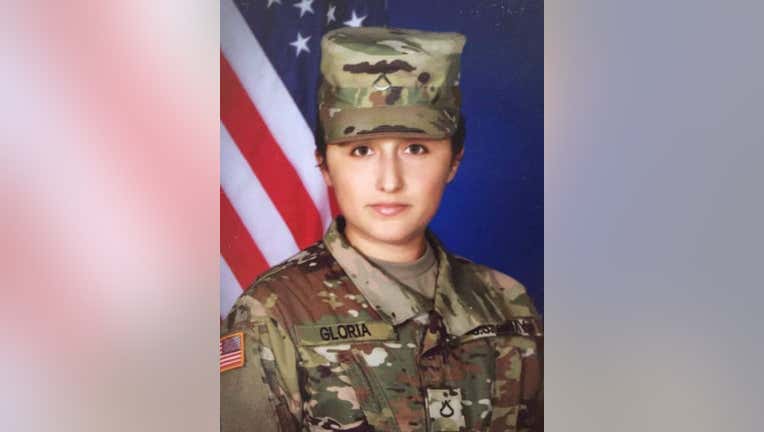 Private First Class Marissa Jo Gloria, 25, from Moorhead, Minnesota, was found dead in her barracks room, according to an Army official. (U.S. Army)

MOORHEAD, Minn. (FOX 9) - A soldier from Moorhead, Minnesota was found dead in her barracks at Camp Humphreys in South Korea over the weekend, according to a U.S. Army official.

Gloria was a combat engineer assigned to the 2nd Infantry Division Sustainment Brigade. She joined the Army in January 2019. After completing training, she arrived at Camp Humphreys in South Korea in April 2019.

"Command Sgt. Maj. Russell and I send our heartfelt condolences to the family, friends and loved ones of PFC Marissa Gloria," said Lt. Col. Robert Dion, commander, 11th Engineer Battalion, 2ID Sust. Bde., 2ID/RUCD in a statement. "Marissa was a key member of the Jungle Cats Battalion. We are all deeply saddened by the loss and will keep her family in our thoughts and prayers during this difficult time."

The cause of death is under investigation. However, officials noted that it is unrelated to COVID-19.