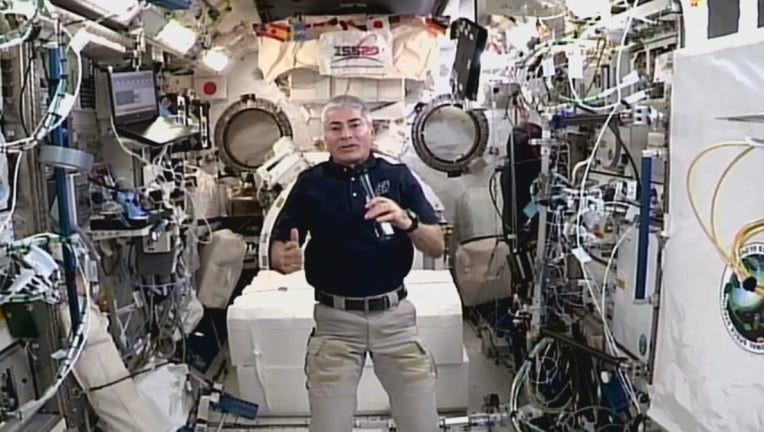 Astronaut Mark Vande Hei, a Minnesota native, conducts a Q and A session from space.

COLLEGEVILLE, Minn. (FOX 9) - On board the International Space Station is a Minnesota native who is set to make history.

Astronaut Mark Vande Hei's mission just got extended and when he returns to Earth, he will hold the American record for the longest stay in space.

A Minnesota astronaut is on pace to set the American record for the longest stay in space.

Tuesday afternoon, students at St. John’s University had an out-of-this-world experience. They got the chance to ask Vande Hei what it’s like to live in space – while he’s in space.

"I had to convince myself that right-side up and upside down didn't really matter," said Vande Hei during the session.

"That was cool," said Annika Dauer, a student at St. John’s Prep School, of the Q and A session. "That was probably the coolest thing I've done and I've done a lot of things."

The Benilde St. Margaret and St. John’s graduate blasted off for his second mission to the International Space Station back in March. Now NASA says he won't be coming down to Earth until March of next year, giving him the record for the longest single spaceflight for an American at 353 days.

"I think that's incredible," said Leander Braynen, a sophomore at St. John’s University. "He has a lot of guts to be able to do that. I couldn't but you know kudos to him."

NASA says one of the benefits of Vande Hei's extended stay will be getting a better understanding of how the human body adapts to life in microgravity for longer periods of time. He will also be able to conduct more research that could benefit life on Earth.

Perhaps in the process, he'll inspire the elementary, high school and college students in the audience at this unique Q and A to reach for the stars themselves.

"I would think for years they are going to be talking about this," said Charles Miller, a St. John’s Prep School physics and astronomy teacher. "I can't imagine them not walking out ready to do science. To be excited about space."