Minnesota has an elite rescue team that few people have heard of. But when a hunter has an accident in the woods, or a storm strikes campers deep in the Boundary Waters Canoe Area, the Minnesota Air Rescue Team will launch into the sky.

ST. PAUL, Minn. (FOX 9) - Minnesota has an elite rescue team that few people have heard of. But when a hunter has an accident in the woods, or a storm strikes campers deep in the Boundary Waters Canoe Area, the Minnesota Air Rescue Team will launch into the sky.

"We are an air helicopter-based rescue team," said Capt. Mike Aspnes of the St. Paul Fire Department. "We train to rescue people from areas where we can’t get to them by roads or walking."

The MART is a unique cross-discipline and cross-agency collaboration. The Minnesota State Patrol provides the aerial support with its fixed wing Cirrus aircraft and two Bell helicopters. The St. Paul Fire Department provides the firefighters for which rescue calls are in their DNA.

"They supply the technical rescue folks, the folks that are trained in ropes and whatnot, and we supply the pilots and the aircraft," said State Patrol pilot Jim Englin. 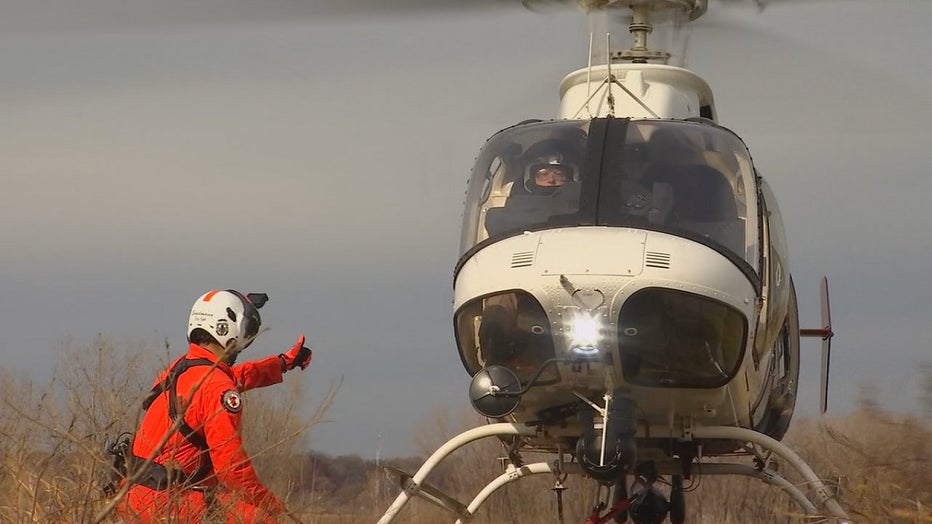 They train about four to five times a month, often times in Battle Creek Park near the Mississippi River and Pigs Eye Lake in St. Paul. The team specializes in what’s called short haul rescues. This is where the helicopter team will drop a rescuer toward the victim on a 100-foot rope.

"On a normal run, we’ll fly around and look for a victim," said St. Paul Firefighter Patrick Engelmann. "Once we spot the victim, we’ll repel somebody in so we can get a rescuer with that victim as soon as possible."

The helicopter then flies away to a clearing or staging area where another St. Paul firefighter hooks another 100-foot rope, called a short haul line, to the bottom of the airframe. The rescuer then attaches himself to the line, the helicopter takes off and tows the rescuer back toward the victim to lower him to the scene.

"We’ll package them up quickly and then extricate them out of wherever they are," explained Engelmann. MART members train 4-5 times a month to be prepared for rescue calls. (FOX 9)

The training has paid off in roughly four to five rescues each year. Some of the high profile missions include the rescue of a hunter in Pine County in 2017 who had been missing for several days.

"A lot of times these hunters will follow a trail and get off the trail, and when they turn back they’ve gone farther that what they thought. And now the trail is not there," said Englin.

The MART has been in existence since 2011. While it is based in St. Paul, it flies on missions to every corner of Minnesota.

"A good mission for us is we perform at a high level.  No one is injured.  We bring someone to safety and everyone goes home," said Capt. Aspnes. 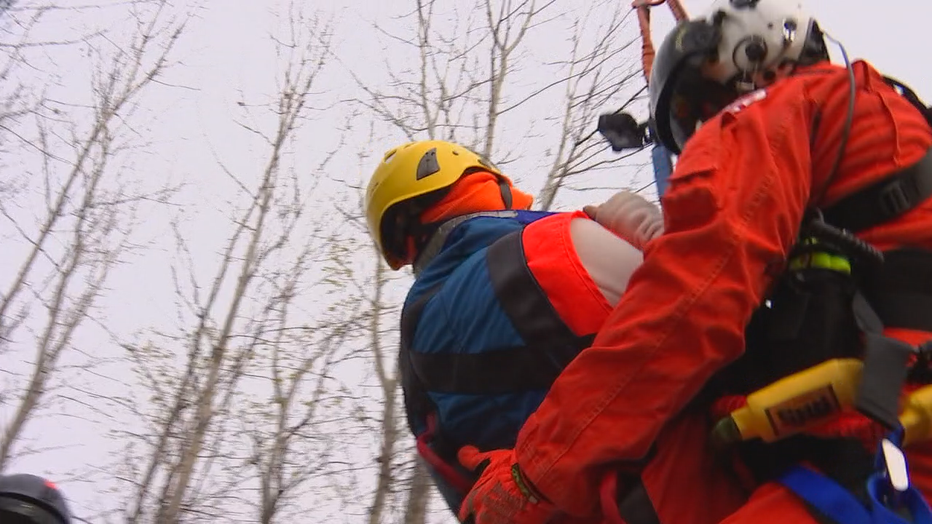