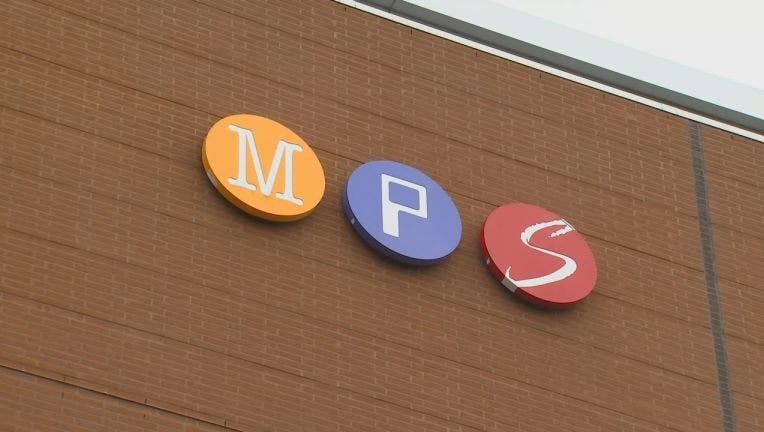 MINNEAPOLIS (FOX 9) - The Minneapolis Public School District says 5,573 students will be returning to in-person learning this week. They plan to bring back Pre-k and Kindergarten students on Monday and First and Second graders on Wednesday.

The Minneapolis Public School District says 5,573 students will be returning to in-person learning this week. They plan to bring back Pre-k and Kindergarten students on Monday and First and Second graders on Wednesday.

Dr. Zambreno says about 60 percent of the students who can return to the classroom this week, will. The other 40 percent of families have chosen to continue with distance learning.

He says the district has made sure their air filtration us up to health standards, have secured personal protective equipment for staff and students and feels like they are prepared to implement social distancing and masking rules once students are back in the building.

"We feel ready. We’ve done extensive planning. We’ve done walk through in all of our buildings to make sure they’re ready," Dr. Zambreno said.

Minneapolis students have not been back in the classroom since March of last year. Students are now returning on some of the coldest days of  the winter. The temperatures will not reach low enough levels to cancel school for the day, so the district is recommending students who are returning come prepared.

Mary Cuff, a nurse at Nellie Johnson Elementary School in Minneapolis, says she feels like a week was not enough time for her school to prepare for welcoming back students. She says it wasn’t enough time for them to complete all of the rearranging, trainings and other tasks necessary to get the building and staff ready to welcome back students.

She says she’s also concerned about the district’s youngest learners having their first day of school with such cold temperatures. Students will be riding their busses and finding their classrooms for the first time. She says there’s going to be a lot to keep track of to ensure safety all around.

"Not only now do I think about having to worry about are they distancing do they have masks on are they this but now I’m like they’re going to have frostbite and hypothermia," Cuff said.

Teachers have also raised concerns with the district over students having to switch teachers as the district makes new classroom placements based on which formats students are learning in, and teachers are teaching in.

Dr. Zambreno says it wasn’t possible to keep every child in their original class during the transition to in-person learning. He says he understands the transition will be difficult, but with the CDC’s announcement last week saying they believe returning to school is safe, he’s confident they’re ready to get back to the classroom.

"We’re really excited to be back and we really do feel like we have the safety protocols," Dr. Brian Zambreno said.

On Feb. 22, third, fourth and fifth graders are scheduled to return to in-person learning in Minneapolis. Those grades are made up of around 4,158 students.