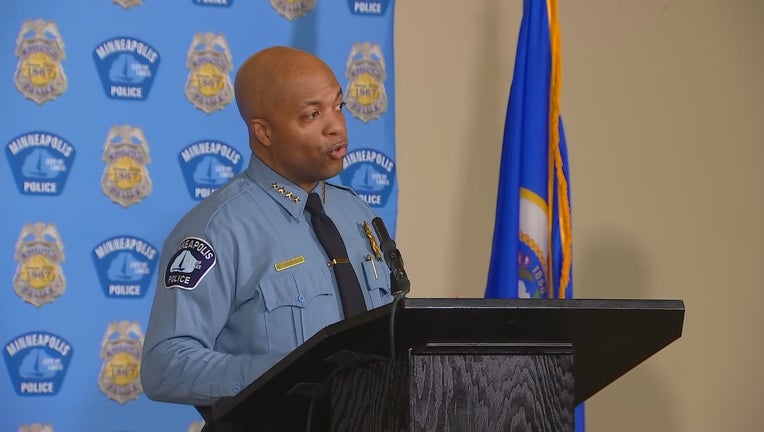 MINNEAPOLIS (AP) - Minneapolis police will no longer stop motorists for minor traffic violations, such as expired tabs or an air freshener hanging from their rearview mirror, according to a new policy change.

Police Chief Medaria Arrandondo, in an internal memo Thursday, said the move comes after examining how officers can better use time and resources.

"MPD will no longer be conducting traffic stops solely for these offenses: expired tabs, an item dangling from a mirror, or not having a working license plate light," Arradondo wrote in the memo obtained by the Star Tribune.

Critics have long argued that low-level traffic stops in which officers use a minor traffic or equipment violation as a justification for pulling over someone they want to investigate contribute to racial disparities in the criminal justice system.

The memo also said the city attorney will stop prosecuting tickets for driving after suspension if there was no accident "or other egregious driving behavior that would impact public safety."

Calls for change have gotten louder after the deaths of Philando Castile and Daunte Wright, who were fatally shot by suburban police during traffic stops.

The chief has promised sweeping changes within the department following the death of George Floyd last year at the hands of police. Traffic stops have declined sharply following Floyd’s May 2020 death, which some have attributed in part to understaffing.

The have been similar policy changes in other large U.S. cities, including Portland, Oregon. That city announced earlier this summer that its officers would no longer pursue expired plates, broken headlights and low-level traffic infractions, unless there was a threat to public safety.