MINNEAPOLIS (FOX 9) - The Minneapolis Police Department is asking for the public’s help locating a man wanted in connection with a deadly shooting outside a funeral at the Shiloh Temple over the summer.

Kevin Lamarr Mason, 26, of St. Paul is charged with second-degree murder and possessing a firearm after a previous conviction for his role in the death of Dontevius Ahmad Catchings, 29, of Minneapolis on June 11.

A man has died after a shooting outside Shiloh Temple in Minneapolis Friday afternoon has died, as a funeral for one of the people killed in a downtown shooting last month was taking place.

According to the charges, witnesses told police Mason and Catchings got into a fight in the parking lot of the Shiloh Temple on West Broadway Avenue during the funeral for one of the two men shot and killed outside the Monarch nightclub in downtown Minneapolis. They said the argument was over a gun Mason had apparently not returned to Catchings. After the fight appeared to be over, Catchings turned to walk away and Mason pulled out a gun, firing multiple shots at him.

Catchings died at the hospital a short time later.

Mason was charged by warrant in August and has not been arrested. The charges say he deleted his Facebook account and left Minnesota. 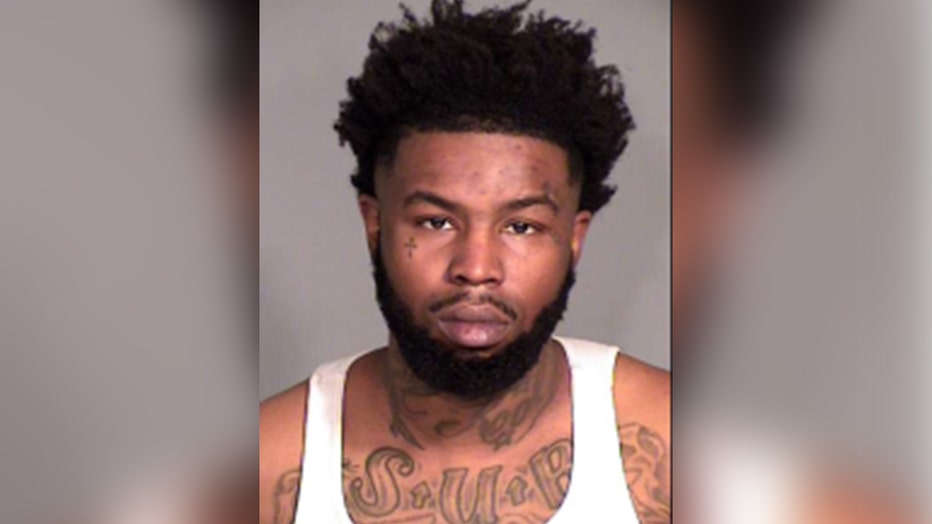 Kevin Lamarr Mason, 26, of St. Paul is charged with second-degree murder and possessing a firearm after a previous conviction for his role in the death of Dontevius Ahmad Catchings, 29, of Minneapolis in the parking lot of the Shiloh Temple on June 1 (Minneapolis Police Department / FOX 9)

Mason is described as 5 feet 9 inches tall, weighs 200 pounds and has a cross tattoo under his left eye, the words SUB tattooed on his chest and distinctive tattoos on his neck. Investigators believe he may be in Miami or Boynton Beach, Florida.

Anyone with information on Mason or his whereabouts is asked to call Crime Stoppers at 1-800-222-TIPS or submit a tip electronically at CrimeStoppersMN.org. All tips are anonymous.