In the library in Minneapolis on Sunday, volunteers collected items from family members who lost loved ones to gun violence to send them to Washington, D.C, where they will be part of the Gun Violence Memorial Project.

MINNEAPOLIS, Minn. (FOX 9) - In a library in Minneapolis on Sunday, LaTanya Black carefully arranged items that reminded her of her daughter, Nia, and put them in a white wooden box.

There was a photo of Nia smiling and wearing a blue baseball cap, her professional business card -- Nia was a well-known makeup artist -- and a stone from her final resting place.

Nia Black, who went by the nickname "Brooklyn," died at age 23 in June 2020 after she was shot following a fight outside a nightclub in St. Paul. A 36-year-old man was arrested, and in August of last year, he was sentenced to seven years in prison after pleading guilty to first-degree manslaughter.

But her mother has not found closure.

"Two years doesn't make it any better," she said.

Nationally, the increase in gun violence deaths has been even steeper, with a 33% climb in the same time period, according to the statistics maintained by Everytown.

In the library in Minneapolis, volunteers collected items from other family members who lost loved ones to gun violence and carefully organized them into bags that will be shipped to Washington, D.C, to be part of the Gun Violence Memorial Project, an exhibit at the National Building Museum. 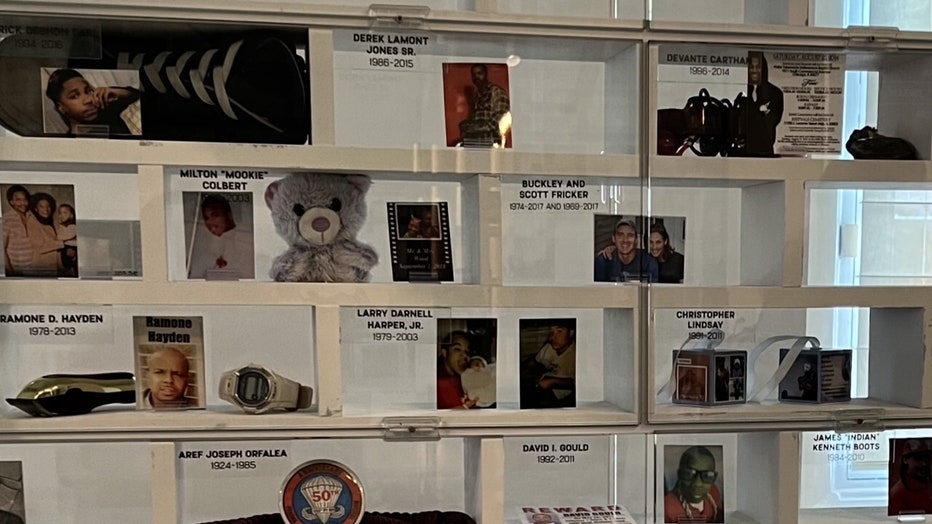 A wall with items representing victims of gun violence at the Gun Violence Memorial Project in Washington, D.C.

Everytown, which advocates for stronger gun control laws, organized the project. "It helps really put the focus on the fact that they're not numbers, they're not statistics, these are people," Everytown project manager Tina Meins Meins told Fox 9. "They lived lives. They had passions. They had dreams."

LaTanya Black, who founded the nonprofit Mothers Against Community Gun Violence (MACGV) after Nia’s death, still struggles to come to terms with her daughter's death.

"With everything I do for her, it never feels real," she said.

Now, Nia Black and other Minnesotans will be among hundreds of people honored at the memorial in D.C. through May 2023. 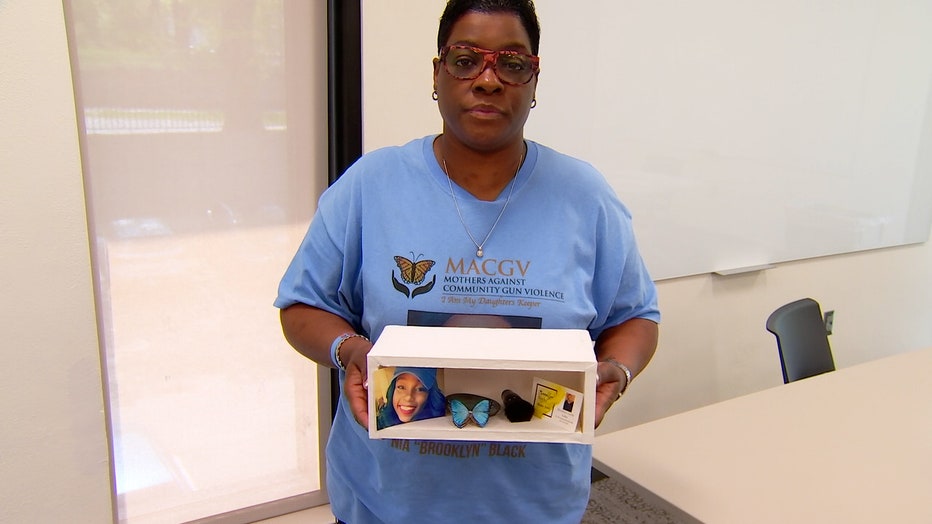