Press conference: NAACP calls for investigation into MPS over handling of Mauri Friestleben

The Minneapolis NAACP is calling for an investigation into Minneapolis Public School's decision to put North Community High School principal Mauri Friestleben on leave, and students are pushing for Friestleben to be given her position back on a permanent basis.

On Sunday, Minneapolis Public Schools said Friestleben will be staying on as principal through the end of the year, walking back its earlier announcement that she was on leave. The district apologized for the difficulty this situation has caused the North community.

But Minneapolis NAACP President Cynthia Wilson, during a news conference Monday, said the organization and the Black community still have questions they want answered, and she called on the district to investigate how the decision was made and if the district followed its policies and procedures. 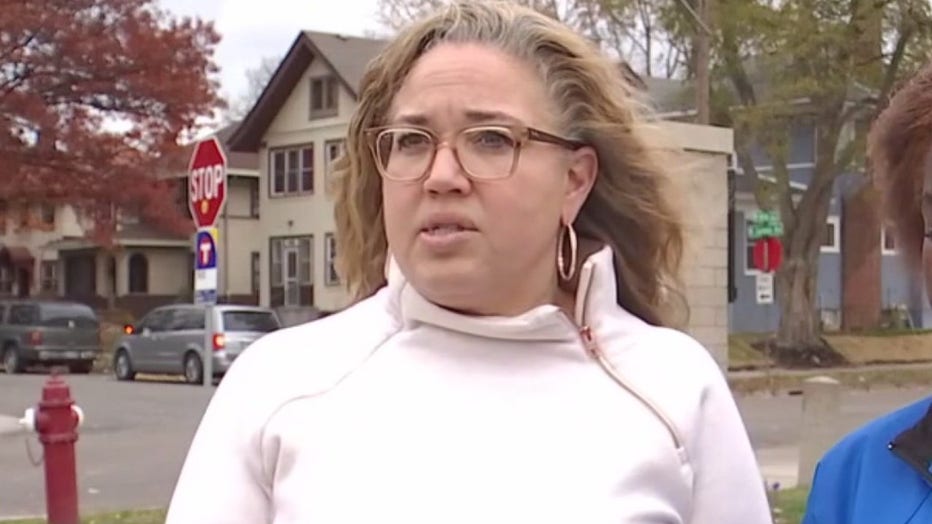 "We are focusing now on giving North students the support they need moving forward through the end of the year. Principal Friestleben is continuing at North in order to do just that. We can appreciate requests for more information, but will continue to honor our state’s laws regarding what can and can’t be shared based on data privacy laws."

Khadija Ba, a senior at North Community High School, called the district's decision to put Friestleben on leave "bogus," and said that school board members had not been informed ahead of time.

RELATED: Minneapolis North High students stand by principal amid uncertainty about her future

"The people who made that decision are going to be at fault for it, because how do you make a decision and the people on your board didn't even know about it? That's the slick behavior that we keep talking about. You guys are grown, you guys are adults, and you're making these childish decisions that a 17-year-old has to come up here and tell you how to do your job. That's embarrassing," Ba said.

Students said they plan to continue to try to pressure the district until Friestleben is reinstated permanently.

"We're not done fighting at this point and we're going to still keep pressuring them because Ms. Mauri is for our school," North High student body president Ramiyah Jackson, 16, told FOX 9. "I'm going to fight for Ms. Mauri because she's fought for so many of us."

Minnesota Teen Activists, a group of student organizers across the Twin Cities, is supporting the students at North High in their campaign. Executive Director Jerome Treadwell, 18, said the group plans to take their message calling for Friestleben to be reinstated permanently to the school administration and the school board.

"We're not only pushing, but we're demanding this. And if it does not occur, then we will act fast or respond responsibly," he said.

The NAACP is planning a rally in support of Minneapolis North High School Principal Mauri Friestleben on Monday. It was announced she was being placed on leave but then the superintendent said Sunday she'll be resuming her duties.

Friestleben, a widely admired leader in the school system, said in a letter last Friday she was terminated for encouraging students to conduct a sit-in and protest at Minneapolis City Hall on Feb. 9 following the police shooting of Amir Locke. The district later said she had not been "terminated" but "put on leave."

After the protest, North High student and star athlete Deshaun Hill Jr. was shot while on his way home after brushing shoulders with a man while walking near a bus stop, seemingly killed randomly and in cold blood, according to the charging documents.

Treadwell said the protest was student-organized and led, and that Hill had made a flyer.

Jackson said students were grateful Friestleben had attended the sit-in.

"They (the district) said she shouldn't have walked out with us ... but us students, we're thankful that she walked with us in the sit-in that day because we needed her. She didn't speak, she didn't run it. She was just there for our support. She was there to just be with us and to protect us," Jackson said.

Jackson added she felt Friestleben had left a lasting positive impact on many students, including her.

"If Mauri wasn't here, I wouldn't have become student council president. I wouldn't even have ran at all. And she's helped me be stronger and positive and help me be who I am and not feel afraid to be myself," Jackson said. "And, she's done the same for so many other students. She's made leaders and warriors. We're really strong because of her."