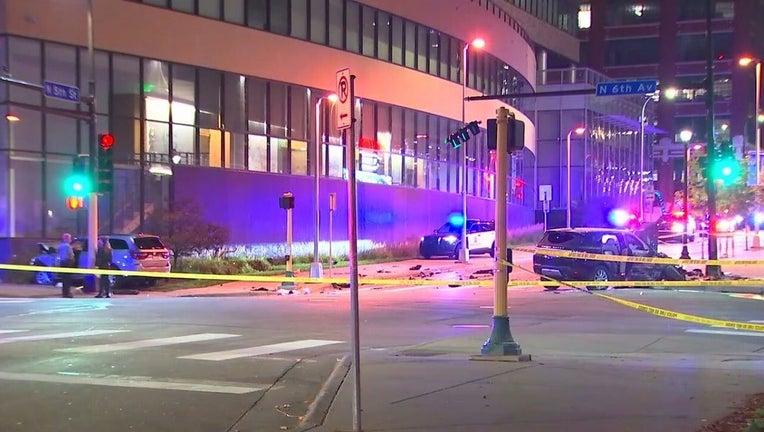 MINNEAPOLIS (FOX 9) - Prosecutors have brought murder charges against a man after a bystander riding a scooter was hit and killed earlier this month by a vehicle that was allegedly involved in a rolling shootout in Minneapolis.

Along with two counts of murder, 33-year-old Christopher Walker is also facing a weapons charge in relation to the October 6 crash near 5th Street North and 6th Avenue North in the North Loop.

Bystander killed after shootout leads to crash in Minneapolis

18-year-old Autumn Merrick had recently graduated and was on her way home from work when she was struck and killed from the violent exchange between cars Wednesday night.

On that night, Metro Transit police officers reported hearing gunfire around 11 p.m. followed by a large crash in that area. At the scene, officers found two vehicles, a Range Rover and a Durango, had crashed. Police also found 18-year-old Autumn Merrick had been hit by the Durango as she was riding a scooter on the sidewalk on her way home.

According to the charges, a witness who was with Merrick told police they were riding in the area when the Durango came speeding towards them, hitting Merrick and pushing her into a building.

Police said surveillance video appears to show the Range Rover, driven by Walker, chasing the Durango through the city. Police said the two vehicles had been firing at each other while moving through downtown Minneapolis, after getting off Olson Memorial Highway.

The charges state that police found a jammed but loaded handgun in the Durango and two other handguns near the Range Rover. Inside the Range Rover were a gun magazine and another small handgun.

Officers say they found bullet holes in the Durango along with several cartridge casings along 6th Avenue North. Police said a nearby hotel was also struck by gunfire.

According to the charges, Walker is not supposed to have a gun due to a previous conviction. Walker is currently not in custody but prosecutors are asking the court for a warrant for his arrest.