Bystander killed after shootout leads to crash in Minneapolis

18-year-old Autumn Merrick had recently graduated and was on her way home from work when she was struck and killed from the violent exchange between cars Wednesday night.

MINNEAPOLIS (FOX 9) - A bystander riding a scooter was killed after a shooting resulted in a crash near Target Field in Minneapolis late Wednesday night.

Around 11:08 p.m., officers responded to reports of people in two separate vehicles firing guns at each other near Nicollet Avenue and Groveland Avenue in the Stevens Square neighborhood, according to the Minneapolis Police Department. The vehicles continued north through downtown Minneapolis. A short time later, more gunfire was reported between the vehicles near the the intersection of 5th Street and 6th Ave North in the North Loop. The two vehicles then collided. 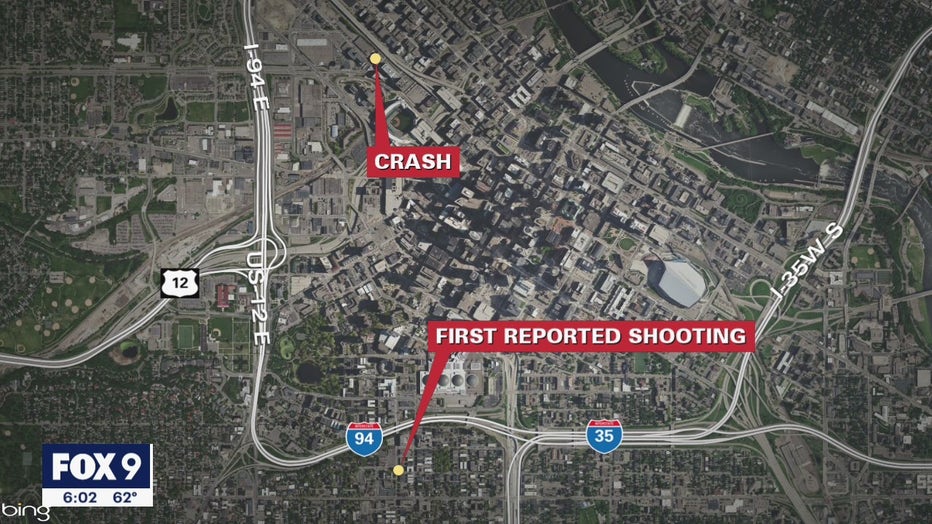 The shooting was first reported in the Stevens Square neighborhood. A short time later, a crash was reported near Target Field downtown.  (FOX 9)

One of the vehicles then left the road and hit a woman who was riding a scooter down the street. She was pronounced dead at the scene.

"It is my understanding that the female on the scooter was doing just that. She was out on a scooter riding on the sidewalk and was an innocent bystander to a violent exchange between cars," Minneapolis police spokesperson Officer Garrett Parten said.

At the scene, a man who said he was the victim's uncle told FOX 9 the victim was 18-year-old Autumn Merrick.

Maciel said his niece had recently graduated and was just on her way home from work.

"Innocent bystander… trying to cross the street or something… she didn't even know it was coming," Maciel said. 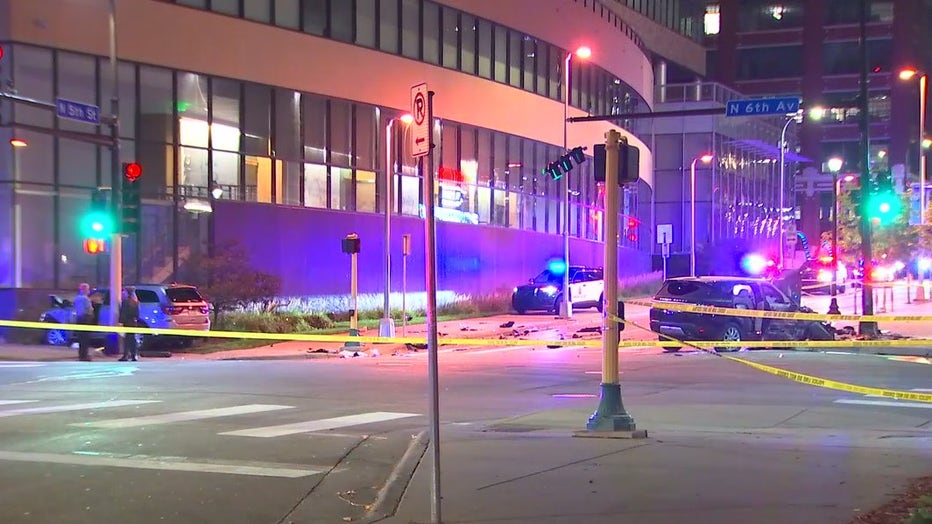 A woman on a scooter was killed after two cars that had been shooting at each other crashed in downtown Minneapolis Wednesday night.  (FOX 9)

Four men in the vehicles suffered injuries and were transported to the hospital in serious condition. Early information seem to suggest those injuries are related to the crash and not the gunfire, police said.

Get all the news you need to know every day in your inbox by subscribing to FOX 9's daily newsletter. Sign up here.