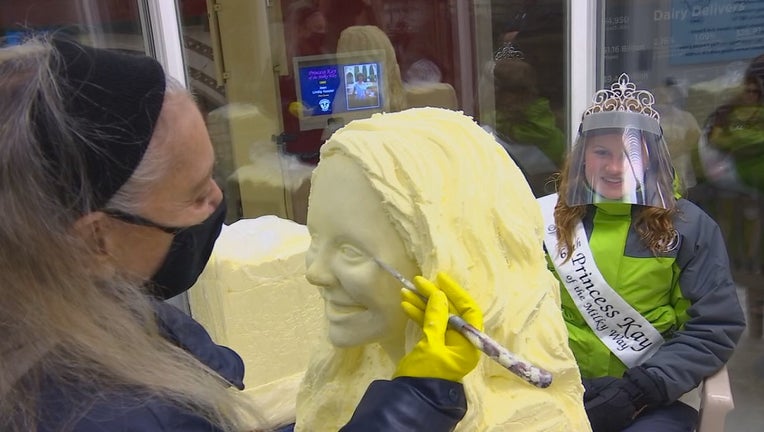 Anna Euerle poses for her sculpture after being named the 2021 Princess Kay of the Milky Way. (FOX 9)

FALCON HEIGHTS, Minn. (FOX 9) - The Minnesota State Fair is saying goodbye to the artist who has sculpted countless Princess Kay of the Milky Way butter sculptures over the past 50 years.

The 2021 festival will be Linda Christensen's final one as a sculptor. A ceremony on Friday honored her work. Christensen spent her special day putting the final touches on the sculpture for this year's princess Anna Euerle, carving the new Princess Kay out of a 90-pound block of butter.

Linda Christensen, the annual butter sculptor of Princess Kay of the Milky Way at the Minnesota State Fair, is retiring after 50 years.

"It's been an honor to be here with her and hear her stories, and just see her work come to life," said Euerle.

Linda started with the fair in 1972 and at the time had no idea the gig would last a half-century.

"Never, ever," said Christensen, "I didn't know if I'd be doing it more than one year."

Linda started sculpting Princess Kay and her court right out of art school and just kept at it.

"It turned out to be kind of part of my identity, to tell you the truth," she says. 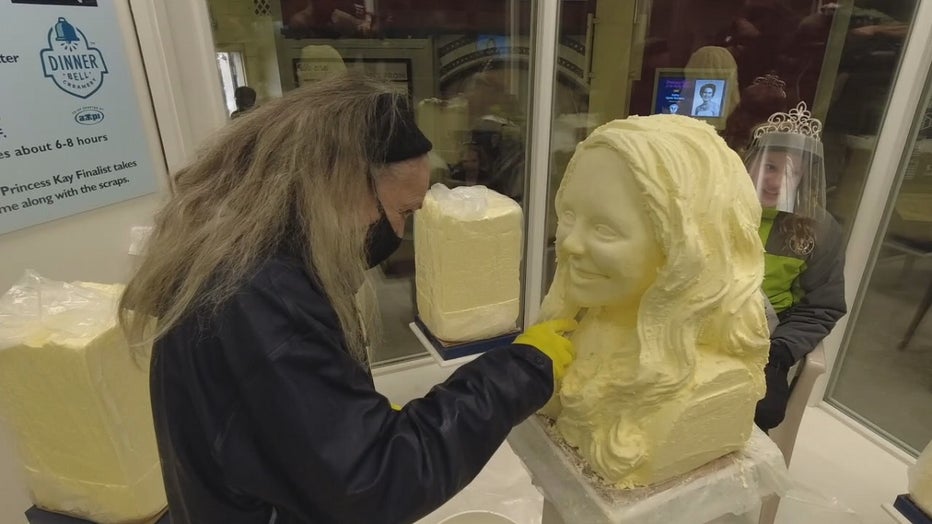 Christensen quickly became a fair institution. On the official day of her retirement, she was greeted by Senator Tina Smith and a proclamation from the governor. There were also questions as to whether the final sculpture deserves preservation.

"We’ll have to check into the refrigerating capacity at the Minnesota History Center as we look at this," said Senator Smith.

Anna Euerle, like the Princess Kay’s before her, had planned to melt it down next summer for a corn feed. Now she isn’t sure.

"For now, it’ll be in our special butter-head freezer because we had to buy a new freezer to put her in there," said Euerle.

For Linda, she feels the emotion that - after more than 550 butter sculptures, this is it.

"I’ve shed some tears in the past couple days, believe me. It’s a very bittersweet thing to be doing my last sculpture," said Linda.