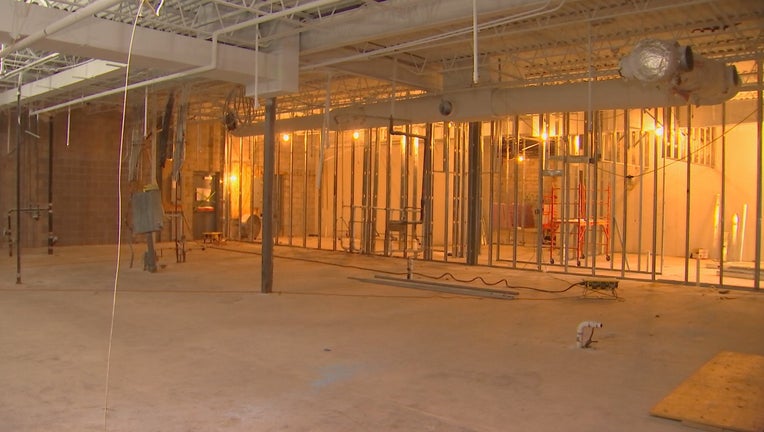 The owner of the Stop-N-Shop convenience store in south Minneapolis is in the middle of a remodel of his store to repair the damages from the May riots. (FOX 9)

MINNEAPOLIS (FOX 9) - Owners of Twin Cities businesses that were damaged or destroyed during the riots after George Floyd's death are still feeling the financial impact. While the governor is proposing to allocate $150 million toward those businesses, lawmakers are divided over how the state will fund the cost.

Joe Zerka and his family own a gas station and convenience store across the street from the Minneapolis Police Department's Fifth Precinct office. At the end of May, the business was looted two nights in a row, and eventually burned.

Lawmakers divided over proposed $150M for businesses damaged in May riots

Minnesota lawmakers are divided over the proposed $150M for businesses damaged during the riots in May 2020.

"I would say hundreds of people were in the store," said Zerka who watched the destruction on a live surveillance feed. "You name it, it was hit. Everything was touched."

With loss of inventory combined with the extensive infrastructure damage, Zerka estimates his losses at about $1 million.

"I want people back to work," he said. "I want to go back to work. My life hasn’t been the same for eight months."

Tuesday, Governor Tim Walz proposed a multibillion dollar budget that includes $150 million for businesses like the Stop-N-Shop. The money that would come from tax hikes.

"If your family is making less than $20,000 a week, this isn’t going to hit you," said Walz. "If you aren’t a millionaire or billionaire, your taxes aren’t going up at all."

Republican lawmakers, however, say this bill isn’t the place for it and argue the assistance for those businesses shouldn’t come at the cost of others.

"It was decisions that were made at the local level that caused that high price, and there’s other ways to deal with that cost," said Sen. Julie Rosen (R-Fairmont).

"Many of us don’t believe the entire state should be responsible for some of the costs Minneapolis is asking for, when Minneapolis cut 118 police officers and then they come as ask for help," said Senate Majority Leader Paul Gazelka.

Zerka, who says he has received various grants from nonprofits and assistance programs, says he still has loads of debt and anything will help.