Fire crews were battling a massive fire involving a building at Fort Snelling on Thursday.

(FOX 9) - A large fire burned at a building at Fort Snelling on Thursday afternoon.

The fire was at one of the old officers' buildings, at 6271 Taylor Ave., which is being converted to veteran and low-income housing at the abandoned Upper Post at Fort Snelling.

Fire crews responded at 2:55 p.m. to the three-story building, where heavy fire was showing from the third floor. The building was unoccupied and all construction crews were accounted for.

Minneapolis Fire Deputy Chief Kathleen Mullen said at the scene the fire was showing all around the roofline when crews arrived and the windy conditions on Thursday made it difficult to fight the blaze, pushing the fire inward. The bulk of the fire was out by 4:30 p.m.

Two firefighters were treated for minor burn injuries to their hands from melting tar being blown from the roof by the wind, a news release said.

The State Fire Marshal's Office will investigate the cause of the fire. Mullen said they can only speculate if the fire had to do with construction at the building, noting several hundred workers are actively working at a time.

Workers will work to rebuild the structure, Mullen said. 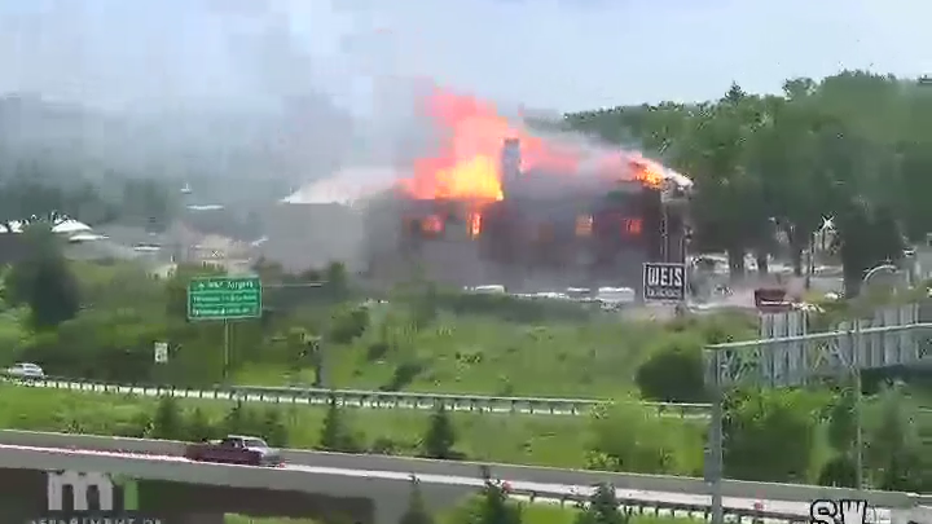 Images from Sky FOX 9 shows the roof of the building has collapsed. 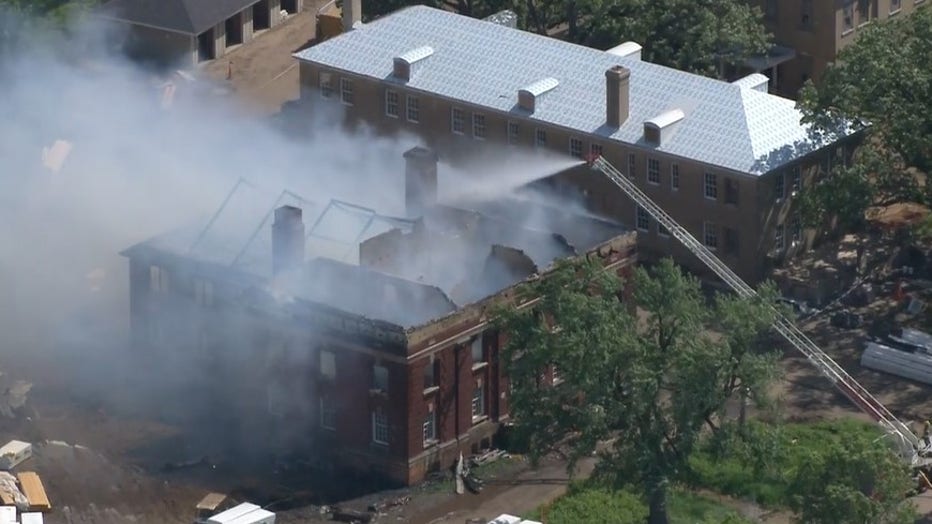 A fire burning at a building at Fort Snelling in Minnesota on Thursday afternoon. (FOX 9)

This is a developing story. This story will be updated.