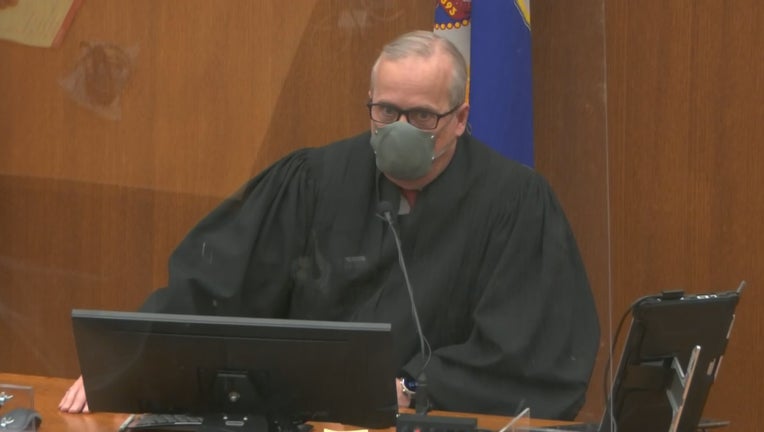 MINNEAPOLIS (FOX 9) - Judge Peter Cahill said he was "not convinced" by a motion filed by Derek Chauvin’s defense attorney to potentially reverse his prior decision to use evidence from George Floyd’s 2019 arrest.

Nelson said the defense found meth and fentanyl pills in the back of the police car Floyd’s deadly arrest took place in and around. The defense brought up the 2019 arrest and argued that the pills suggest a "modus operandi" for Floyd ingesting narcotics during an arrest.

In response, Cahill said he didn’t see how it fit as Chauvin was not part of the 2019 arrest.

"I’ll be honest, I’m not convinced," Cahill told the defense.

As Nelson outlined his argument, Floyd's sister left the courtroom for about two minutes, although it is unclear whether it was done in defiance or just to take a break.

The judge adjourned court for the day just before 3 p.m. Court will resume Tuesday morning at 8 a.m., with jury selection beginning at 9 a.m.