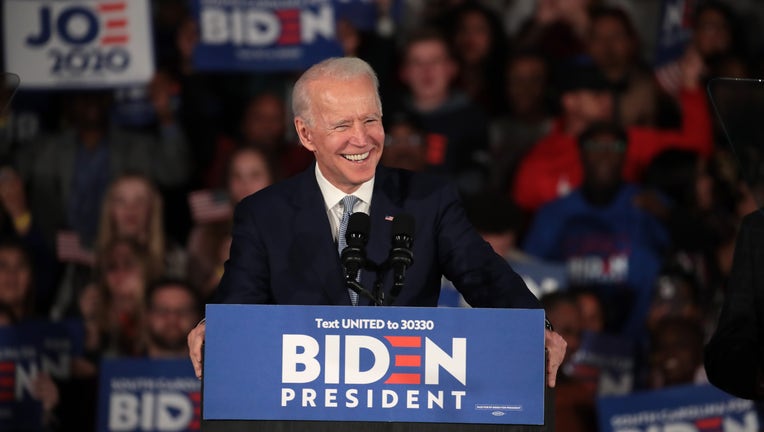 Democratic presidential candidate former Vice President Joe Biden celebrates with his supporters after declaring victory at an election-night rally at the University of South Carolina. (Photo by Scott Olson/Getty Images)

The former Vice President announced he would be coming to Minnesota Friday, a visit which coincides with the first day of early voting in the state. Wednesday, his campaign revealed he will be heading to northern Minnesota.

New polling in Minnesota shows Joe Biden with a lead.

Biden will tour a union training center before he delivers remarks during his visit.

President Donald Trump is scheduled to visit Bemidji, Minn. the same day. Trump will be hosting an event at Bemidji Aviation Services.