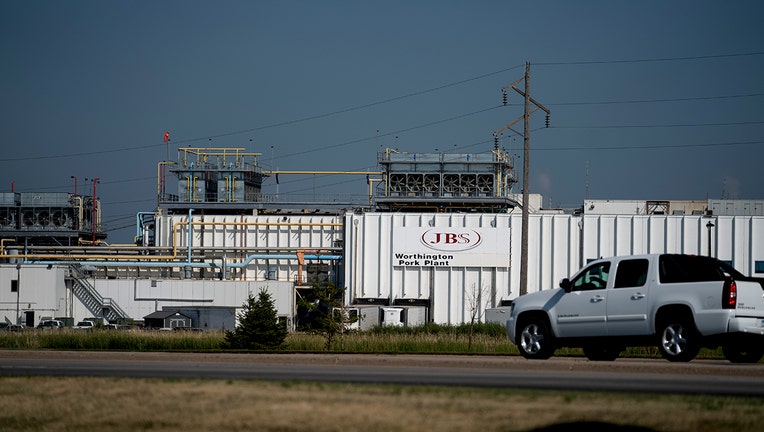 WORTHINGTON, Minn. (FOX 9) - The Minnesota Occupational Health and Safety Administration was ready to inspect the JBS pork plant in Worthington last Monday, but the company refused to allow inspectors to conduct the investigation.

The state Department of Labor and Industry said the JBS pork plant has not had an inspection in five years. In that time, the company has had nine non-formal complaints that were resolved without inspection or enforcement action.

Prior to the MNOSHA team’s arrival at the plant last Monday, JBS USA had announced it was going to voluntarily close its facility for at least two weeks due to an outbreak of COVID-19 cases at the plant, according to a DLI spokesperson. The Worthington plant is the largest pork production facility in the state.

"When the team arrived at facility, the company declined to allow us to conduct the investigation," DLI said in a statement.

Officials react to the closure of JBS in southwestern Minnesota Monday.

Whenever MNOSHA is denied an investigation, they will usually get a warrant. However, in this case, since the plant was closing, there was no need.

“At that point, the department determined it would be best to shift its focus to what would be required of the plant to restart its operations consistent with the newly issued meatpacking safety and health guidelines,” MNOSHA said in a statement.

As of Tuesday, Nobles County, where the JBS pork plant is located, has 477 confirmed cases of COVID-19. Minnesota has ramped up testing statewide, but health officials have been particularly focusing on Nobles County after a number of cases were reported at the JBS facility.