The City of Minneapolis has agreed to pay Jaleel Stallings $1.5 million in connection to Stallings' May 2020 arrest during the unrest following George Floyd’s murder.

MINNEAPOLIS (FOX 9) - The City of Minneapolis has agreed to pay Jaleel Stallings $1.5 million in connection to Stallings' May 2020 arrest during the unrest following George Floyd’s murder.

More Minneapolis police body camera footage was released in the Jaleel Stallings case after he was acquitted.

Stallings was acquitted last year of charges that he shot toward police officers during the 2020 unrest. Stallings claimed he acted in self-defense, returning fire after police in an unmarked van fired what turned out to be less-lethal ammunition at him and before he realized the people shooting at him were police officers. The interaction was captured on police body camera video.

The lawsuit said upon realizing the occupants in the unmarked squad car were police officers, Stallings dropped his weapon and surrendered. "Despite his surrender, officers beat him for approximately 30 seconds. Nearby officers watched and did nothing to stop the beating," the lawsuit said.

Body camera video released following Stallings' acquittal shows officers striking Stallings as he lay on the ground after firing the shots, yelling at him to "put his hands behind his back" as Stallings says that "he's trying." Eventually one of the officers says "stop it" and the commotion ends. 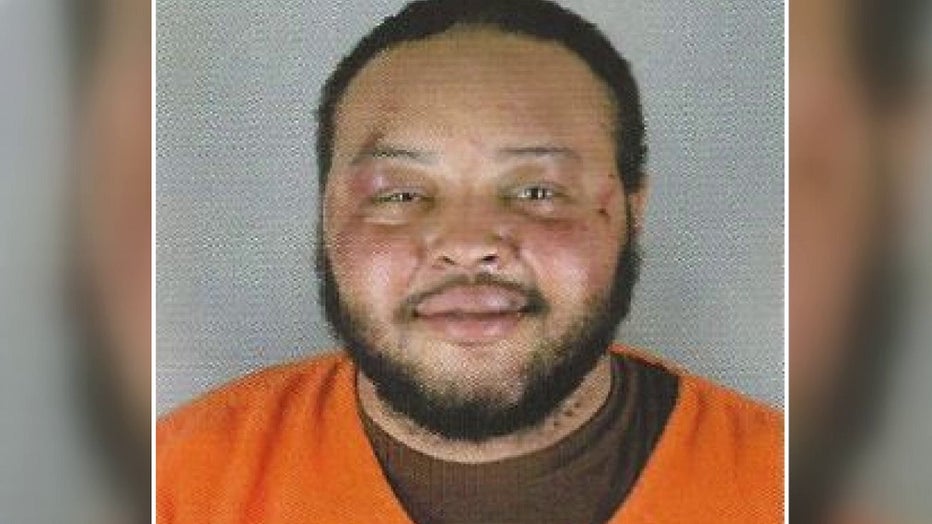 When officers roll Stallings over, he appears to be dazed and bleeding from his nose. "It’s been a nightmare dealing with different stages of depression."

"A lot of the bruising was gone within a month, the eye fracture took a little longer," said Stallings, in an interview on Tuesday.

"I'm extremely satisfied and grateful for that but I’m disappointed because my purpose in filing a civil lawsuit was never money," added Stallings. "I want justice and I wanted accountability."

The lawsuit said Stallings sued because the officers violated his First, Fourth and Fourteenth Amendment rights during the arrest, as well as his Equal Protection Clause right, claiming Stallings was a "Black man who was improperly targeted and attacked to due to officers’ racial bias."

Nineteen officers were listed as defendants in the lawsuit, although only fourteen were named. One of the defendants is former police union president Bob Kroll. The lawsuit said Kroll had "discussions and influence" with the City of Minneapolis regarding the Minneapolis Police Department’s "tactics and operations during the George Floyd protests."

"I'm extremely satisfied and grateful for that, but I’m disappointed because my purpose in filing a civil lawsuit was never money. I want justice and I wanted accountability," said Stallings. "There needs to be a change in culture in policing."

The City of Minneapolis was also listed as a defendant in the lawsuit. In a statement, the city attorney wrote: "The City Attorney’s Office, after consultation with the City Council, served on the Plaintiff, in this case, a Federal Rule 68 Offer of Judgment in the amount of $1.5 million. The plaintiff accepted this judgment. The City hopes that an early resolution to this matter will allow all of the parties to move forward."

Jaleel Stallings and his attorney Eric Rice sit down with FOX 9 to discuss the civil lawsuit filed Thursday.