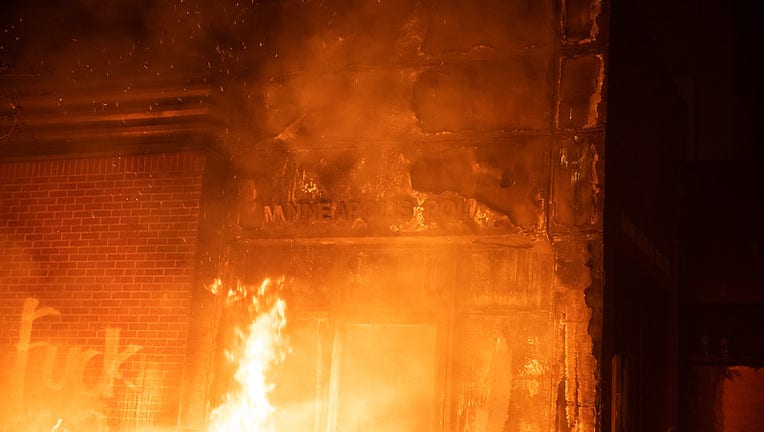 MINNEAPOLIS (FOX 9) - The overwhelming majority of people arrested in connection with the Minneapolis unrest have Minnesota addresses, a search of the online Hennepin County Jail log shows.

Of the 45 people arrested for rioting, unlawful assembly, stolen property, burglary or robbery on May 29 and May 30 so far, 38 had Minnesota addresses, according to publicly available jail records reviewed by FOX 9.

Fires are still burning after riots in Minneapolis Friday night, as members of the National Guard hold spots throughout the city.

Six had out-of-state addresses, and one person didn't have address information listed.

City and state officials have repeatedly said over the past day that most rioters are from out of state. Gov. Tim Walz said Saturday morning that as many as 80 percent of the people were outsiders.

The 45 people reviewed by FOX 9 were arrested by Minneapolis Police, the Hennepin County Sheriff's Office, University of Minnesota Police, or Minnesota State Patrol.

Meanwhile, St. Paul Mayor Melvin Carter is backtracking after saying that 100 percent of the people arrested for causing disorder in his city Friday were from out of state.

Three-quarters of the people arrested in St. Paul had Minnesota addresses, according to data provided to FOX 9 by police.

Of the 18 total arrests, 12 had Minnesota addresses, four were from out of state, and two were unknown.