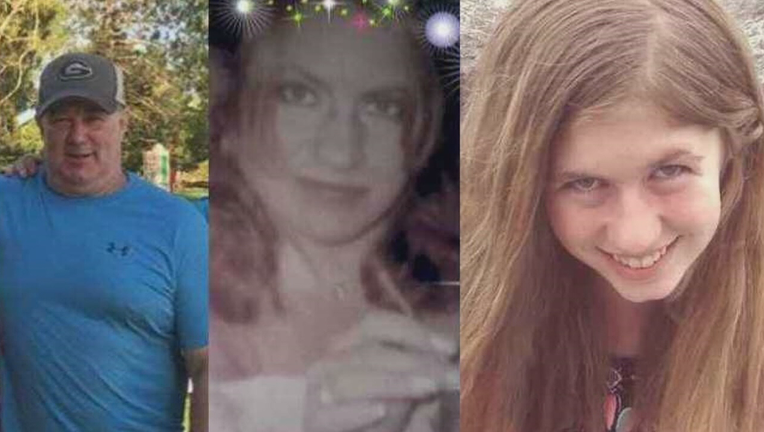 BARRON, Wis. (FOX 9) - A collection of videos, audio files, and thousands of pages of documents from the Jayme Closs investigation are creating a clearer picture of the strategies put into place in the early days in the investigation.

Early on October 15, 2018, Barron County Sheriff's deputies responded to the Closs home in Barron, Wisconsin along U.S. Highway 8 after dispatch received a garbled 911 call. Upon arrival officers found a grisly scene at the home, Denise and James Closs had been fatally shot, but their 13-year-old daughter Jayme was still missing.

A collection of videos, audio files, and thousands of pages of documents from the Jayme Closs investigation are creating a clearer picture of the strategies put into place in the early days in the investigation.

Eighty-eight days after her kidnapping, Jayme escaped Patterson's home in the Town of Gordon, Wisconsin. She found a woman walking a dog, who then took Jayme to a home and called 911. Patterson was arrested later that day. He has since been sentenced to life in prison for the murders of Denise and James Closs. 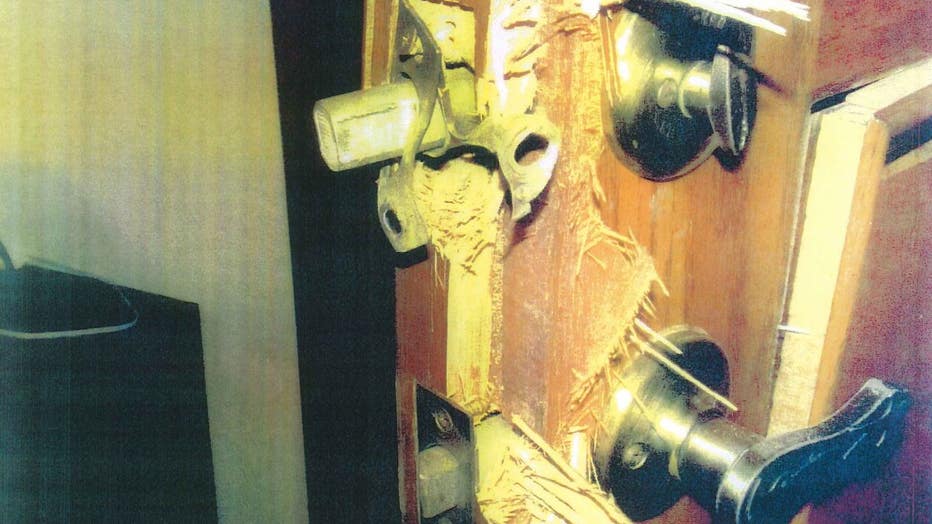 A photo from the Closs investigation file reveals the state of the front door of the home, which was forced in the night of the murders and kidnapping. (Wisconsin Department of Justice)

"This door's been kicked in. It looks like the male that's down answered the door. I don't know if we're missing somebody or not from the scene," said one deputy.

"We had one car that was heading out as we were coming," responded another.

"Well, we'll have him on camera. We're missing a suspect. We didn't see a shotgun, right guys?" said the first deputy.

Patterson drives by officers on night of Closs kidnapping, murders

Released dash cam footage shows the moment Jake Patterson drove past law enforcement the night of Jayme Closs' kidnapping and the murder of her two parents.

Investigators later learned the driver in that vehicle was Jake Patterson, who was fleeing the Closs house with Jayme in the trunk of his car. According to the criminal complaint, Patterson estimated he had only been driving about 20 seconds along Highway 8 when he passed three squad cars heading toward the Closs home. Newly released video shows Patterson appeared to pull to the side of the road as the officer passed the opposite way.

Investigative files show a casting of a tire impression from the shoulder of the road was submitted into evidence, however all of the castings were "indiscernible and found to have nothing of evidentiary value."

The search for Jayme

In the hours that followed, law enforcement contacted other members of Jayme's family, while a drone with a thermal-imagining camera was flown around the scene in hopes of finding the missing teen. Jayme's cell phone was found on its charger in the kitchen. Over the next few days K9 land search began, which later grew into a search involving 86 volunteers. Four days after the kidnapping, a victim specialist collected items of clothing from the Closs residence to make a "go bag" for Jayme to use once she was found.

The following weekend, law enforcement completed checkpoint canvassing, during which they stopped every vehicle along a section of Highway 8 to ask motorists if they might have any information. Less than two weeks later, a $50,000 reward was offered for information leading to Jayme's whereabouts.

Throughout the investigation, law enforcement received over a thousand tips.

Looking for a suspect

Investigators followed multiple leads, including a man who burglarized the Closs home only weeks after the kidnapping and murders occurred. However, law enforcement was quickly able to rule him out as a suspect. Officials also looked into unexplained internet usage on Jayme and Denise's cell phones that appeared to have occurred about three miles away from the Closs home a few days before the incident. Reports of possible suspect vehicles also kept on record.

Eleven days after the kidnapping, the Barron County Sheriff's Department requested a list of active and terminated employees from the Jennie-O Turkey Store, where both of Jayme's parents worked. Among the lists, law enforcement received a list of terminated employees from the last five years. Investigators would later learn about three years before the incident Patterson was hired for one day at the Jennie-O Turkey store. According to company officials, Patterson quit the next day, saying he was moving away from the area.

It would be Jayme, who eventually led investigators to Patterson, after she ran away from his home in January. Shortly after her escape, law enforcement had Patterson in custody. During police interviews, he admitted to the murders and kidnapping.