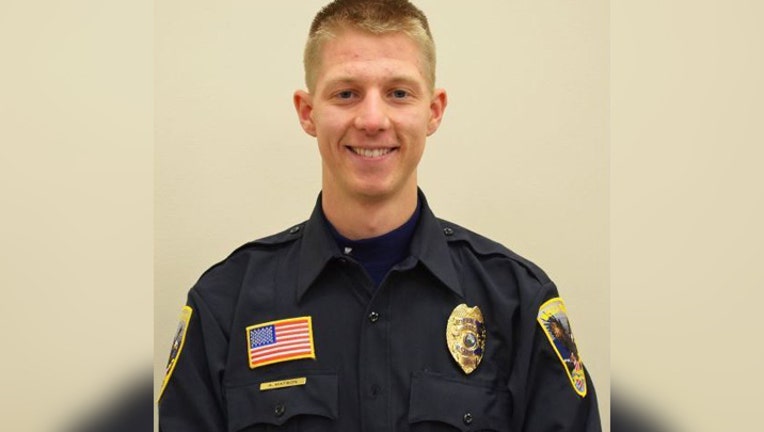 (FOX 9) - A Waseca police officer, who was shot in the line of duty earlier this year, is continuing to make progress in his rehabilitation.

For about a month, Officer Arik Matson has been receiving treatment at an out-of-state facility. According to an update posted Thursday on his CaringBridge page, Matson is starting to walk longer distances while using less assistance. He still has double vision in his left eye, but with the use of patches to strengthen the eye muscles, it's slowly improving.

"[I]t's apparent that making that progress and hitting his goals makes him even more motivated to continue and hit more!" read the post. "He's been in better spirits and excited to see his family once they lift the Covid restrictions!"

Among the activities he participates in at the rehabilitation center include CrossFit, weight training, making gifts for his daughters during arts and crafts and even fishing. This past week, he also received a package of official team gear from the Minnesota Vikings.

"Arik continues to be overwhelmed with the amount of support and well wishes he is receiving, even though he's out of state right now," read the post. "From him and our family - we want to reiterate how thankful we are for everything!"

Matson was shot in the head on Jan. 6 while responding to a report of a suspicious person in a backyard. The suspect, identified as 37-year-old Tyler Janovsky, was also shot. Janovsky was charged with first-degree attempted murder in connection with the shooting.