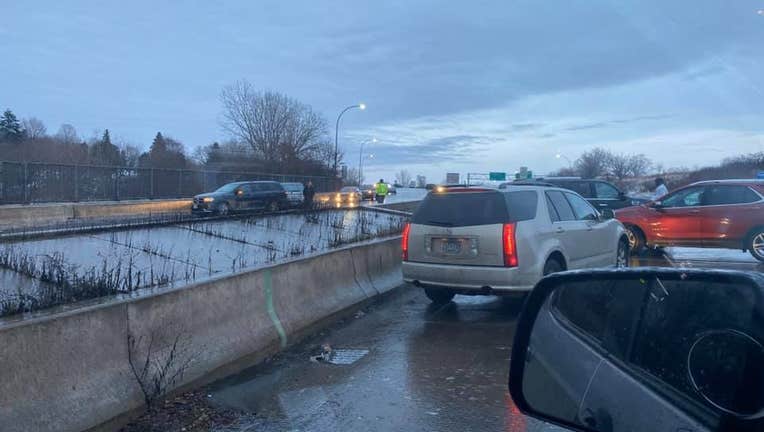 (FOX 9) - Stay home if you can because the roads are very icy, with several crashes reported across the Twin Cities metro and greater Minnesota Saturday morning.

MnDOT reported dozens of spin outs and crashes starting around the 5 a.m. and 6 a.m. hour as the freezing rain arrived. Drivers should slow down as roads will be very slippery until temperatures can get above freezing later Saturday.

Metro Transit suspended bus services for several hours due to the conditions.

The Minnesota State Patrol reported there were 357 crashes statewide between 5-10 a.m., and 34 of them involved injuries. Fatal crashes were reported near St. Cloud and Lino Lakes. There were also 149 spinouts and 13 jackknifed semis. 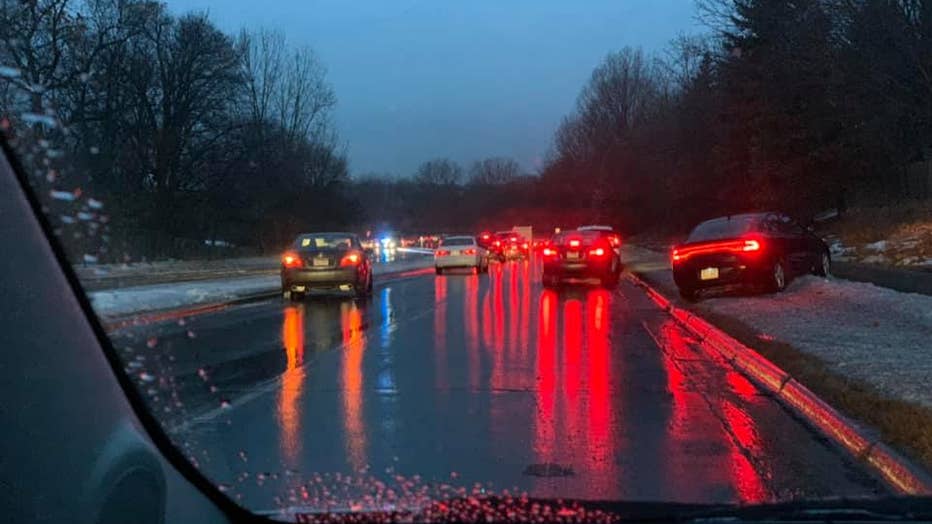 Vehicles began spinning out Saturday morning as icy conditions spread across the state.

For at least an hour, a portion of Highway 169 was closed in Shakopee due to numerous crashes.

The Dakota County Sheriff's Office reported that Interstate-35 has multiple semi's off the road and is stopped northbound and southbound in Burnsville.

Many events have been cancelled, and businesses are choosing to close or delay opening due to the conditions. Buck Hill in Burnsville will be closed today for the safety of its staff and visitors. Stay up to date with the events in your area by checking with those involved.

Additionally, Minneapolis and St. Paul both delayed trash and recycling collection until Monday.