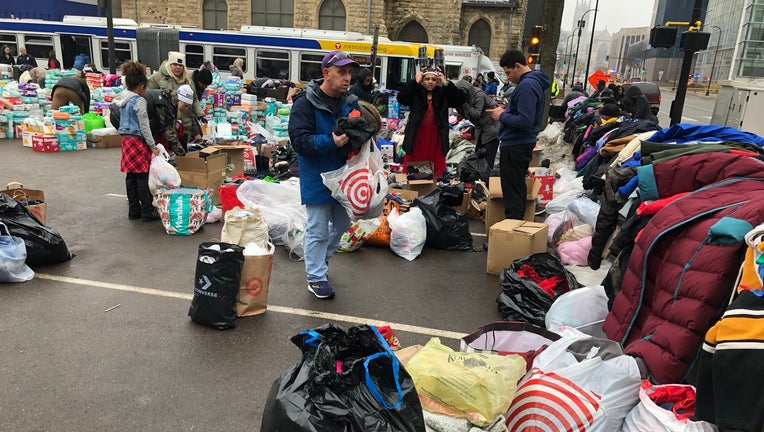 Hundreds showed up throughout Christmas Day to help fire survivors in Minneapolis. (FOX 9)

MINNEAPOLIS (FOX 9) - Approximately 240 people, including 100 children, displaced by the Christmas morning fire at the Francis Drake Hotel in Minneapolis are being temporarily sheltered on Metro Transit buses, according to city and county officials.

Now, so many people have brought donations for families that officials are asking for people to make financial donations instead as they try to figure out how to store the donated items.

The four-alarm fire started around 3 a.m. at the hotel, which is a designated overflow shelter in Hennepin County for families experiencing homelessness.

Hennepin County Commissioner Angela Conley told FOX 9 families were evacuated many spent their early hours of Christmas Day standing outside in the cold in only their pajamas and some without even shoes on. County officials said Wednesday afternoon they have secured evacuation housing for the families.

How can you help the survivors of the fire? Click here for more information.

“These are real people that need a roof over their heads and that need help and of all the buildings in the entire city, this is the one that’s got to go up in flames right now,” he said at a news conference with the fire chief. 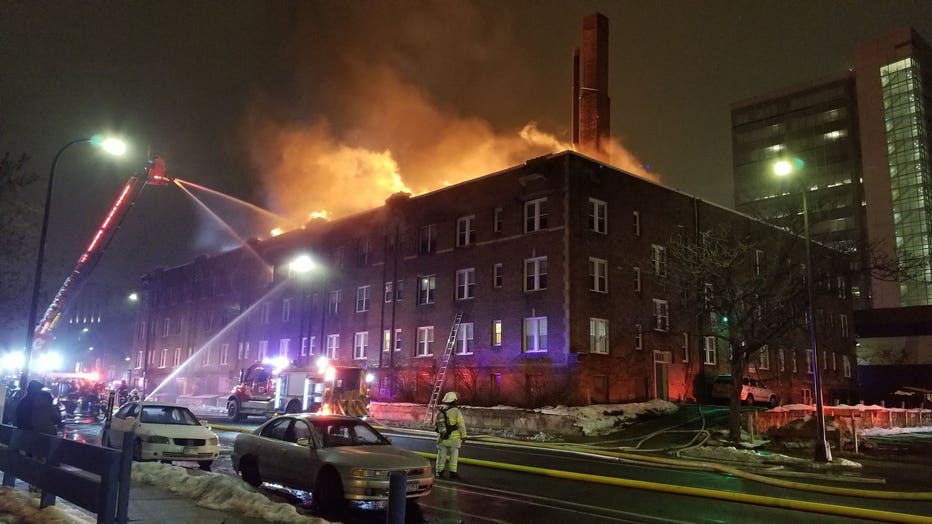 Frey is calling on people throughout the city and the state to help the families displaced by the fire.

While donations of hats, mittens, socks, and diapers were initially being accepted, Conley said no more donations are needed at this time at the scene. In the meantime, those wishing to help the victims of the fire are encouraged to make a monetary donation to the American Red Cross. More information on how to help can be found at redcross.org.

City officials say they are working to secure and collect donated items brought to the fire scene. They will be moved to a safe spot and, starting Thursday, officials will work on determining how to distribute the items to families.

City and county staff along with the American Red Cross and the Salvation Army are currently working to find permanent housing for the displaced families. Officials estimate it could take days, weeks or even months. 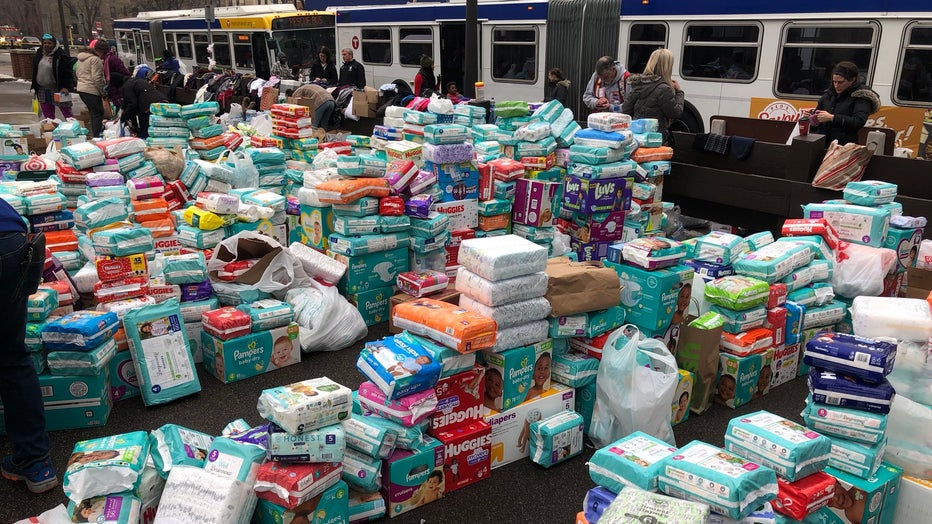 Conley said family shelters in the county were already at capacity before the fire occurred.  The hotel provided a place for families to live until they could either find permanent housing on their own or get into a family shelter.

Frey issued a few words of comfort Wednesday morning to those affected by the fire.

Timelapse of fire at Francis Drake Hotel in Minneapolis

A fire at the Francis Drake Hotel in Minneapolis, an overflow shelter for families experiencing homelessness, sent three people to the hospital and likely displaced more than 100 people on Christmas morning.

"The message to people who are presently warming right now on these buses whose lives have been turned upside down is that we love them," Frey said.  "We love them dearly and we’re going to do everything possible to make sure they are safe and warm.”

The fire was still burning as of 4 p.m. Minneapolis Fire Chief John Fruetel said firefighters will be on scene throughout the day and it could take into Thursday to extinguish it.