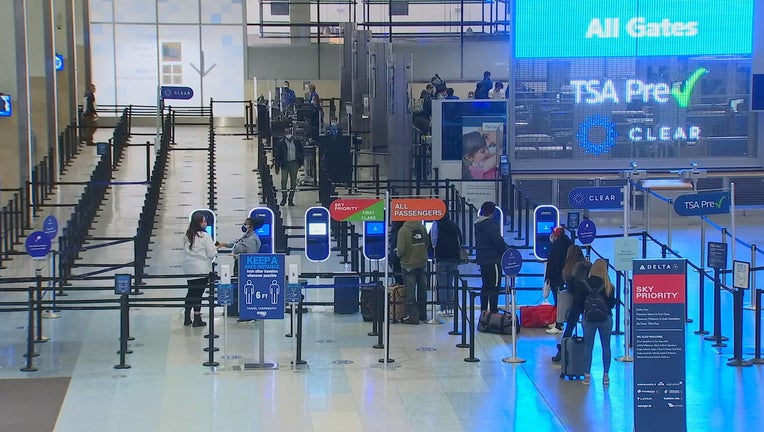 (FOX 9) - With another snowstorm moving through, we’re at that point of winter where a lot of us just want to run away -- or fly away.

After a lull during the early months of the pandemic, air travel is slowly starting to increase. If you’re thinking about a trip, Minnesota-based Thrifty Traveler has just put together a list of the historically cheapest destinations out of MSP Airport.

How to find a cheap flight out of Minnesota

With another snowstorm, we’re at that point of winter where a lot of us just want to run away, or fly away.

The number of passengers boarding planes nationwide this week is down 60 percent from a year ago, according to TSA data. The virus has still grounded many travel plans but some are starting to think about it.

A new passenger survey conducted by the Metropolitan Airports Commission found an average of 41-percent of people are willing to travel tomorrow.

It’s a sign of pent-up demand and it comes as Kyle Potter at Thrifty Traveler has looked five years’ worth of airfares out of MSP.

So what are the cheapest flights out of Minnesota?

"One of the big ones lately at least for the last couple of years has been Boston," said Potter. "Jet Blue began service in 2018 to MSP so they started these non-stop flights from Boston to Minneapolis and vice versa and that created a fare war between Delta and Jet Blue."

Flights to Chicago are many times under a hundred dollars. The same goes for Denver. Las Vegas is typically around $130.

Because of competition, Orlando comes in below $150. Potter says both Orlando and Miami are reliably cheap.

"And that in particular right now is where airlines are focusing their best fares," said Potter. "Because you know travel demand is still pretty low and the only way to get on planes is to offer a good deal on the places they would consider going to."

"Reykjavik in Iceland has become a huge destination for international travel, you know for all Americans in the past couple of years," explained Potter. "And because Delta flies there now non-stop in the summer and we have service from Iceland Air, that helps that competition make sure that those fares are pretty reasonable."

Be aware that we are still in a pandemic. Starting January 26, if you travel overseas you will be required to show a negative COVID-19 test to return to the United States. So if you are planning a foreign trip, even to Mexico, you better plan on finding where you can take a test.