Another cold spell is on tap for Minnesota as low temperatures are expected overnight.

(FOX 9) - After a brief little thaw Tuesday afternoon, the arctic air will quickly return, and this time it will hang around a while.  Temperatures have certainly bounced around this month already ranging from -17° to 40° in the Twin Cities. While some variation in temperatures are common, the constant back and forth from the deep freeze to the relatively mild 30s is a bit more unusual. So far, the month is running about 5 degrees below average in the metro, and nearly 10° below average in the north... and with more arctic air moving in and sub average temperatures lingering into next week, there is a high probability of this being the first below average month in nearly a year. 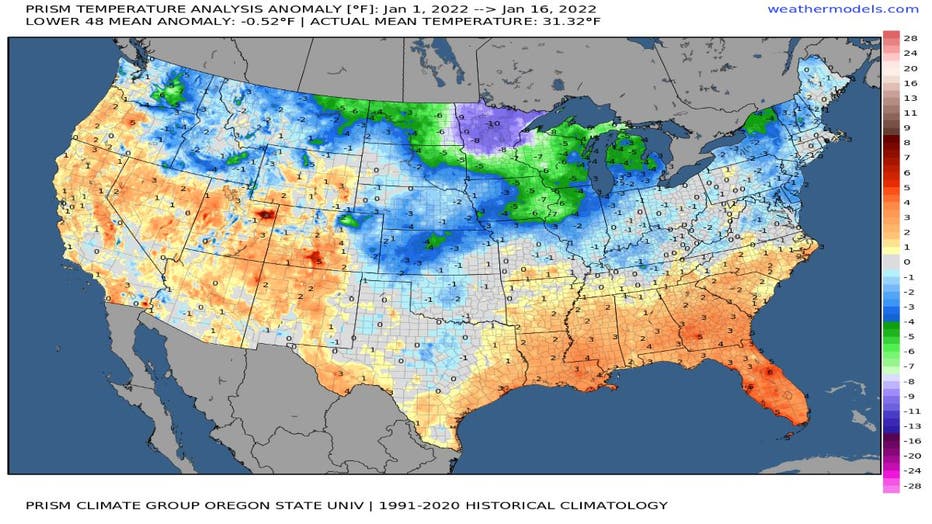 While Tuesday night and Wednesday will be nothing new, it will be a shock to the system as temps are likely to fall 30°+ degrees in just a few hours. Combine that with the gusty breezes, and wind chills will fall a solid 50° for many spots from Tuesday afternoon to Wednesday morning.

Thankfully, the cold arctic air will bring some sunshine along with it as the blue sky returns for Wednesday and Thursday. However, as we start to escape some of the coldest air, moisture returns to the state and things could become more unsettled just in time for your weekend.