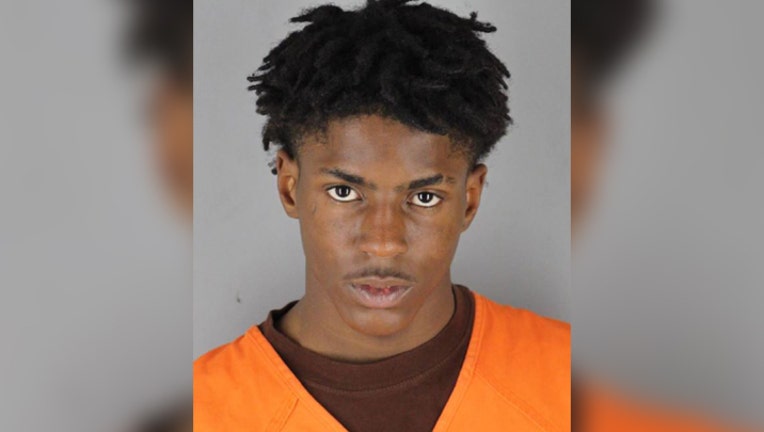 Demetrius Wynne, accused of murdering a Minneapolis activist, will be tried as an adult in Hennepin County. (Hennepin County Jail / FOX 9)

MINNEAPOLIS (FOX 9) - The Hennepin County Attorney will try a teenager accused of murdering a Minneapolis activist in 2015 as an adult.

Hennepin County Attorney Mike Freeman announced Wednesday that Demetrius Wynne, who will turn 19 Thursday, will be charged as an adult for the crime he allegedly committed when he was 14 years old.

The County Attorney's Office announced that a man who killed an activist when he was 14 years old will be tried as an adult.

According to a criminal complaint filed in district court, Wynne lived next door to Spiller on Dupont Avenue North in Minneapolis. Overnight July 15, 2015, someone cut the screen to a rear window of her home and removed it. Spiller was found in her bedroom beaten, strangled and stabbed five times with her cell phone missing.

In June, Wynne was booked and fingerprinted on a different, pending, felony case. Two days later, the computer matched his fingerprints with prints taken from the window of Spiller’s home. DNA from Spiller’s fingernail clipping was also connected to Wynne.

He was arrested and charged for the murder by juvenile petition in June, but little information was public at the time because he was charged only as a juvenile at the time.

Freeman filed a petition to have him certified as an adult, which a judge certified at the end of October.

“We appreciate Judge Bransford’s decision and believe it is the correct one to protect public safety,” Freeman said. “This was a home burglary and brutal killing and by no stretch of the imagination would two years be sufficient for either punishment or rehabilitation. Now we will focus on proving Mr. Wynne guilty beyond a reasonable doubt.”

Wynne is expected to appear in court Thursday.