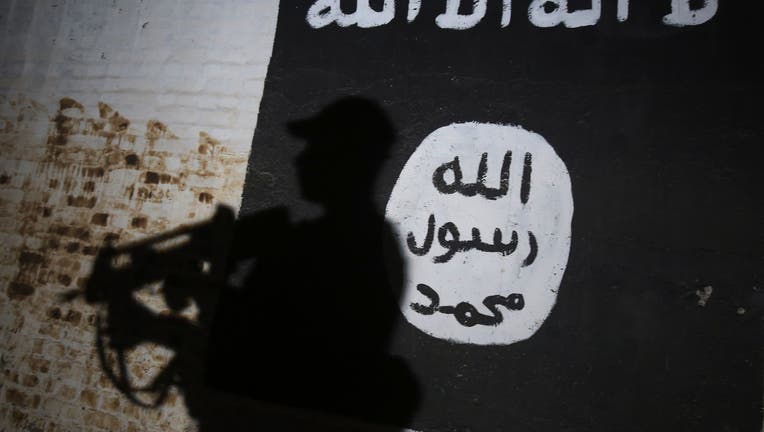 A member of the Iraqi forces walks past a mural bearing the logo of the Islamic State (IS). (AHMAD AL-RUBAYE/AFP via Getty Images)

According to the U.S. Attorney’s Office in Minneapolis, Abdelhamid Al-Madioum pleaded guilty and will be sentenced in May.

According to the guilty plea, Al-Madioum traveled with his family from Minnesota to Morocco in 2015 to visit extended family. On that trip, Al-Madioum traveled to Istanbul where he met up with members of ISIS who helped him cross into Syria. Once in Syria, he joined other ISIS members who brought him to Mosul, Iraq.

Al-Madioum’s plea said he enrolled into ISIS and received military training. He served as a soldier until 2016 when he was injured. After his injury, he remained an ISIS member and continued to receive a siptend until he surrendered to Syrian forces in March 2019.

In September 2020, he returned to Minnesota.