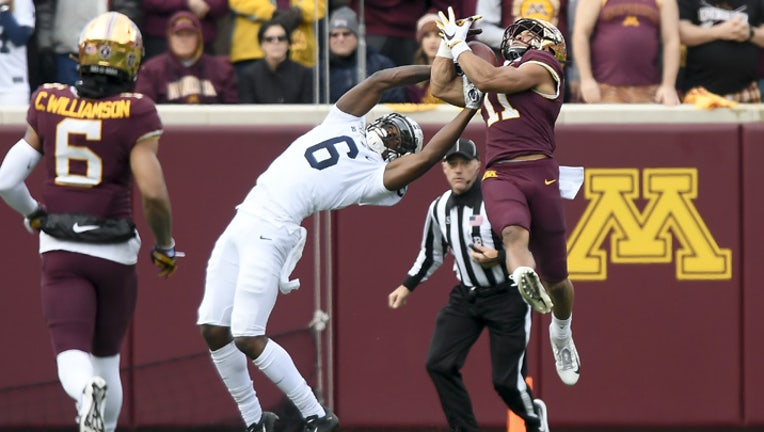 Winfield led Minnesota with a team-high 11 tackles (9 solo), intercepted Penn State quarterback Sean Clifford twice and totaled 33 return yards in the win. Winfield's two interceptions led to 14 points for the Gophers. He now has seven interceptions on the year, which ties Minnesota's school record set by Jeff Wright during the 1970 season.

Winfield and the Gophers were ranked No. 13 in the AP poll last week, while Penn State was No. 5. Minnesota's win was its first home victory against a top five team at home since 1977, when it shutout No. 1 Michigan. The Gophers improved to No. 7 in both the new AP and Coaches Polls released Sunday, their highest ranking since 1962.

He's known for making big plays in big moments. Winfield intercepted Fresno State quarterback Jorge Reyna in overtime in the Gophers' Week 2 road win over the Bulldogs. He also returned an interception for a touchdown in a win at Rutgers.

The 9-0 Gophers next play on Saturday when they visit Iowa at 3 p.m.