A four-year-old girl was killed when a tree branch fell on their tent at a campground in Mankato during a storm overnight.

MANKATO, Minn. (FOX 9) - A four-year-old girl was killed when a tree branch fell on their tent at a campground in Mankato during a storm overnight.

Mankato Public Safety said officers responded to Land of Memories Park around 2:30 a.m. on a report a tree branch had fallen on a tent with several people inside. Officers found a 4-year-old girl with life-threatening injuries and began CPR. She was taken to a nearby hospital, where she was pronounced dead. 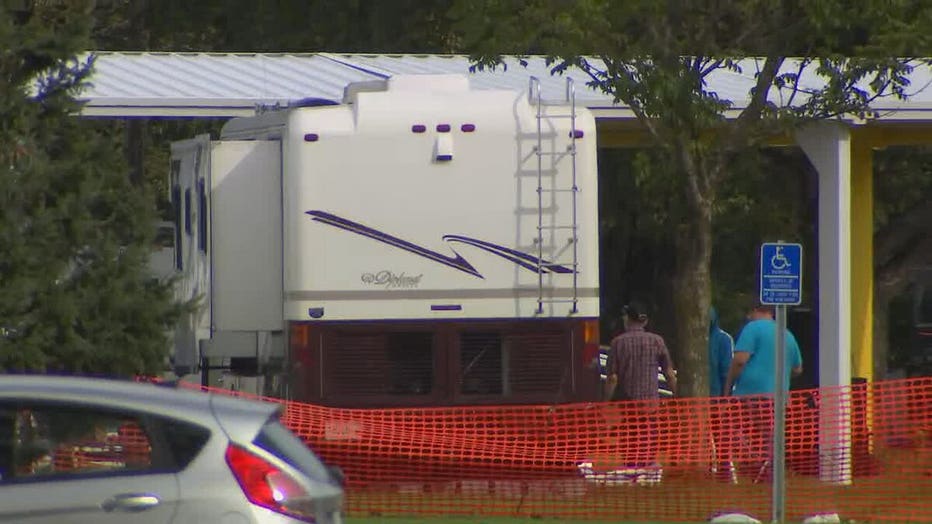 A 4-year-old was killed when a tree branch fell on the tent he was sleeping in in Mankato, Minn.  (FOX 9)

The two other family members in the tent were not seriously hurt.

The girl and her family were camping in the park ahead of the 49th annual Mahkato Wacipi, or powwow, this weekend. Other tents and popup campers in the park were also damaged in the storm. A man was taken to the hospital with injuries, but is expected to survive.

Dave Brave Heart, one of the powwow organizers, said the girl’s death is "heartbreaking" for the community.

"A 4-year-old girl was planning to be here to put her on brand new jingle dress and dance, but she won’t be doing that," he said.

Brave Heart said some of the tribal elders went to the site of the accident and prayed for the victim, identified as Nytalia Ashes of the Yankton Sioux Tribe. The area is now roped off out of respect for the victim and her family.

"Today, I think it will all be fresh on our minds and in our hearts. I know we will all be in in prayer. I think some people will log off like myself, shed some tears," he said.

Brave Heart said the Makhato Mdewakanton community is going to find ways to honor the victim, including during the "wiping the tears" ceremony that was already planned for Friday to remember the Native lives lost to COVID-19.  He said they will also likely hold a "blanket dance" at some point during the powwow to raise money for the victim’s family.