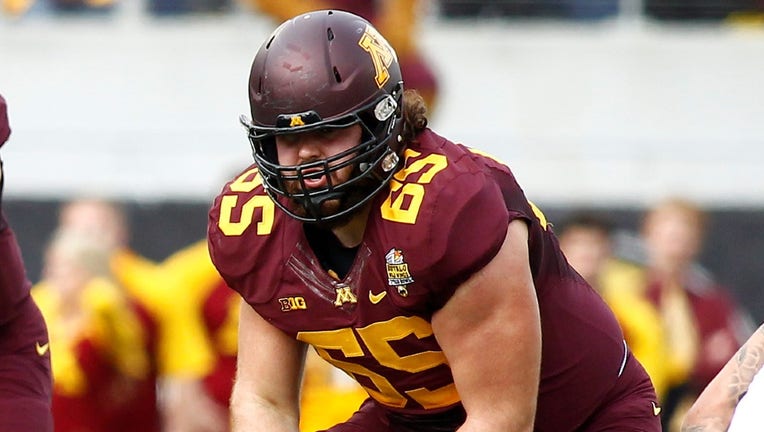 MINNEAPOLIS (FOX 9) - A former University of Minnesota Gopher offensive lineman is suing the university, the Big Ten conference and the NCAA, alleging concussions he received while playing happened amid negligence and disregard for his health.

Josh Campion played for the Gophers from 2011 to 2015 under then-Head Coach Jerry Kill. During that time, the lawsuit states he suffered four diagnosed concussions and "innumerable undiagnosed concussions," which still impact him through post-concussion syndrome and left him with irreversible brain damage. The lawsuit claims his symptoms kept him from participating in the NFL draft, in which he likely would have been a second-round pick.

The lawsuit argues the Gopher coaches "encouraged and never discouraged" helmet first contact for blocking and tackling even though the technique was known to be "dangerous" and potentially lead to concussions.

The document detailed one incident in 2015 in which Campion suffered a concussion mid-game. Campion notified the trainer, but continued playing at the instruction of his coaches and suffered repeated blows to the head the rest of the game, the lawsuit claims.

"[T]he Defendants failed to implement and enforce reasonable precautions to create a safe playing environment for college football players, failed to inform the teenage Josh Campion about the risks he faced, and failed to teach safe playing techniques to minimize sub-concussive and concussive injury," read the lawsuit.

Campion and his wife, both of Fergus Falls, are seeking damages in excess of $25,000.

The University of Minnesota declined to comment amid pending litigation.