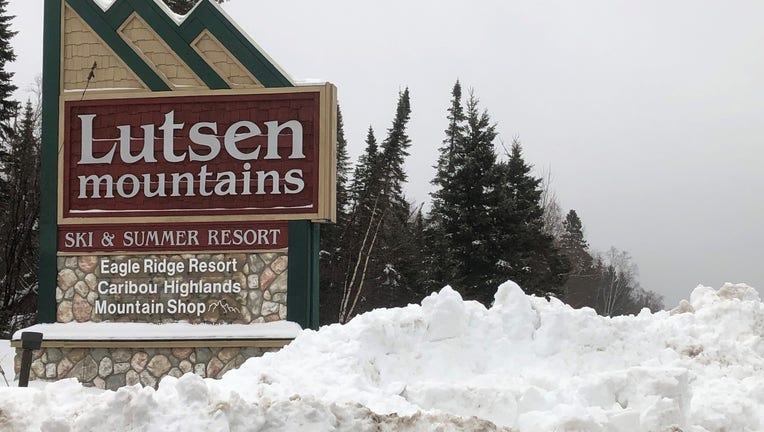 Lutsen Mountains along the banks of Lake Superior in Lutsen, Minn. (FOX 9)

Currently, the Forest Service is looking for the public’s feedback about the project before it conducts a standard environmental assessment.

Comments may be submitted between now and May 28 online at the USDA website, or they can be emailed to comments-eastern-superior@usda.gov.

The majority of the expansion, or 143.1 of the acres, would be on Moose Mountain. 31.4 of the new acres would be located on Eagle Mountain. Currently, the two mountains are connected by Lutsen’s gondola. 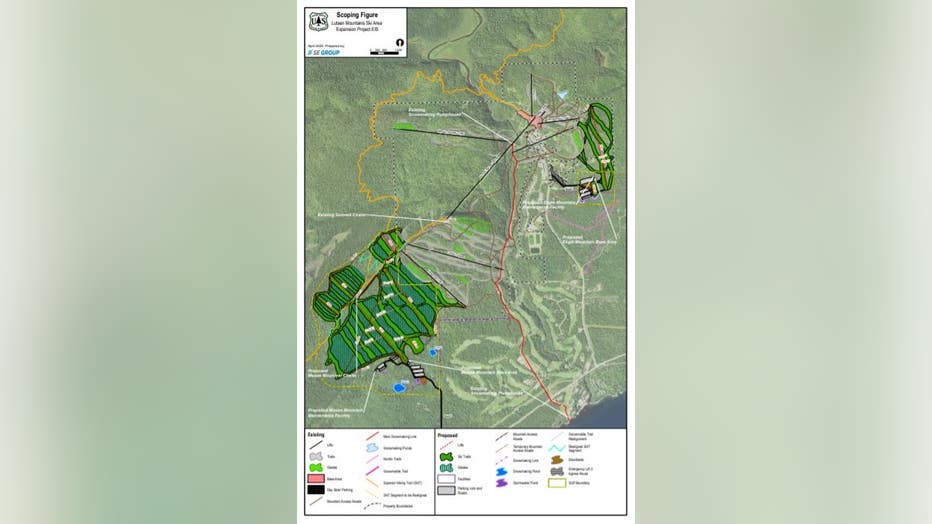 For skiers who prefer the trees, Lutsen’s plan includes 172.5 total acres of gladed terrain, a significant increase from its current total of 23.5 acres.

Of the new lifts, the longest will be on Moose Mountain. It will climb 725 vertical feet and hold six people per chair. The longest new lift on Eagle Mountain will hold four guests at a time and will rise 537 vertical feet. 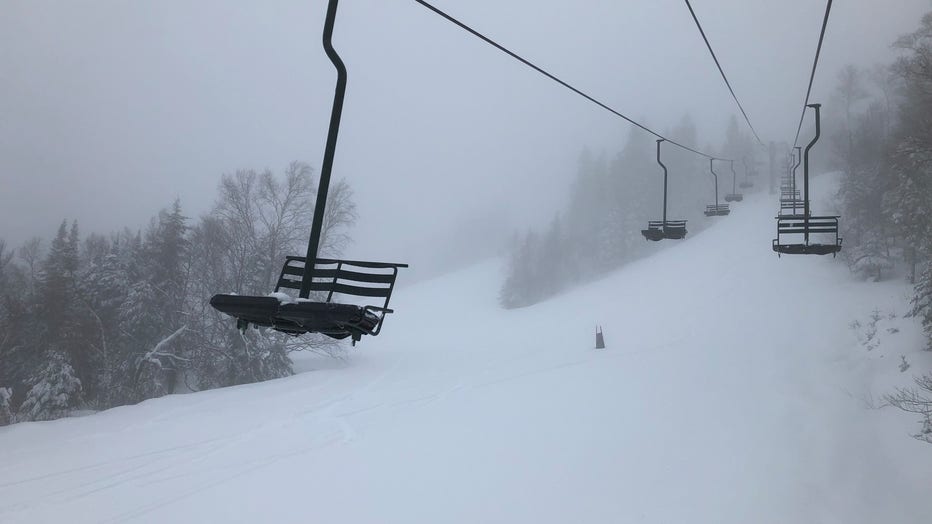 A chairlift on Lutsen Mountains in Lutsen, Minn. (FOX 9)

Base areas and chalets

The Eagle Mountain base area will provide restrooms, food and bar services, ticketing, equipment rentals, ski school and public lockers. Plus, it will have office space for ski patrol and other administrative employees.

The two-story building will be between 19,000 and 23,000 square feet. Another 1,200 square-foot maintenance building is also proposed.

An additional 5.6 acres of walk-to parking are also proposed at the Eagle Mountain base area.

Moose Mountain, which currently doesn’t have a base area, will also see a new base lodge as part of the proposal. It will feature all of the same amenities as Eagle Mountain’s new lodge and will be similar in size.

A parking lot and a maintenance building are also part of the plans on the Moose Mountain side.

Lutsen’s plan includes snowmaking on all 174.5 acres of its new terrain, but not in the gladed tree skiing.

To do so, the resort will need to pump 7,500 gallons per minute from Lake Superior. It will have to apply for the additional water appropriations from the DNR.

The second trail that would change would be a 1.7-mile portion of the Superior Hiking Trail on the Moose Mountain side of the resort. The trail will be reconstructed with switchbacks on the backside of Moose Mountain, which would expand the trail by about 0.2 miles.