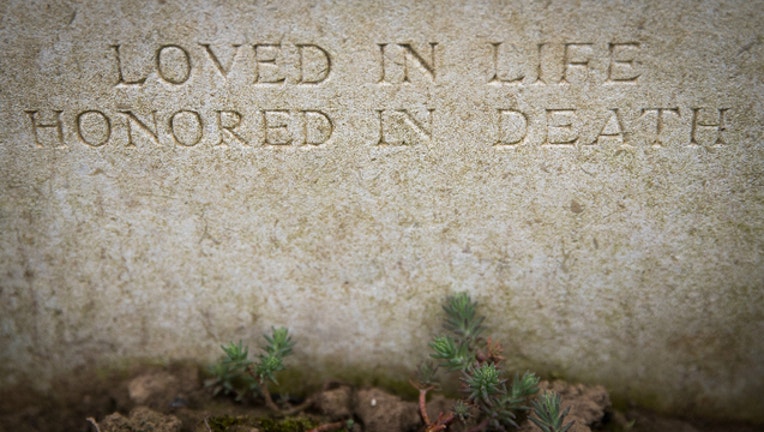 ALBERT, FRANCE - MAY 16: An inscription is seen on a headstone in the Warlen Court British Cemetery on the road D929 road to Albert on May 16, 2016 near Albert, France. (Photo by Matt Cardy/Getty Images)

Officials say copper flower vases, which are usually attached to the tombstones, have been stolen from three different cemeteries from the Little Falls area and Upsala, Minnesota.

Anyone with information is asked to contact the Morrison County Sheriff's Office at (320)632-9233.