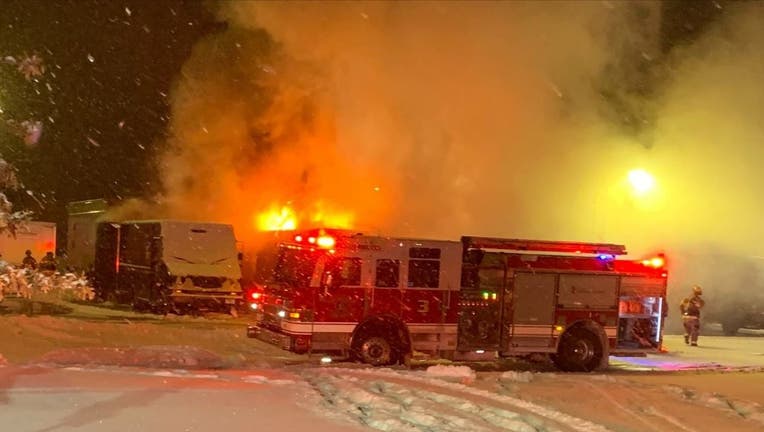 The initial call of the fire came in around 10:48 p.m. Saturday. When the first fire engine arrived, firefighters found "multiple trucks parked at a loading dock on the north end of the building that were on fire with smoke coming from the building," the news release states.

The Rochester Fire Department says crews were able to quickly stop the fire from spreading damage into the UPS Customer Center by 11:42 p.m. The fire was contained except for some hot spots in trucks from packages that were still smoldering, according to Rochester Fire Captain Ben Davis. The last fire unit left the scene just after 2 a.m. Sunday. 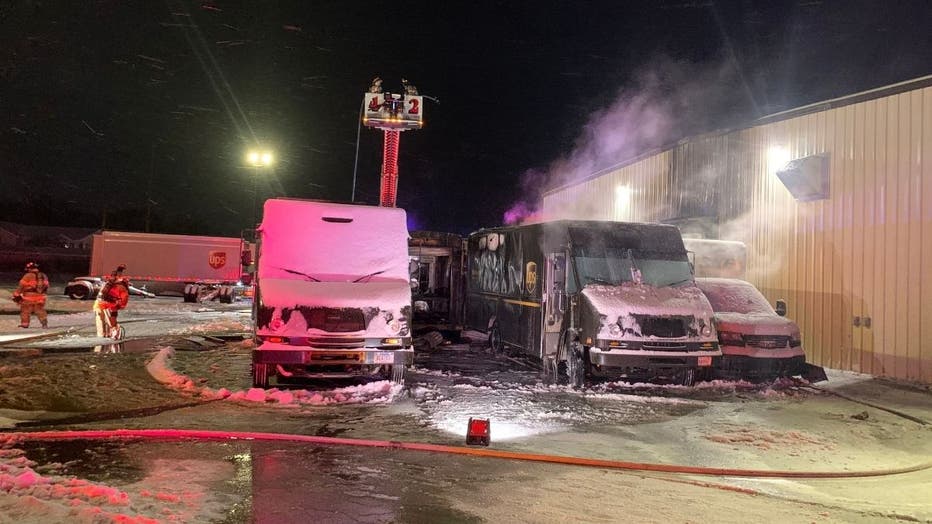 The Rochester Fire Department says crews were able to quickly stop the fire from spreading damage into the UPS Customer Center is located at 1313 Opportunity Road Northwest.

Davis says that one employee was in the building at the time of the fire, but was outside by the time firefighters arrived.

No one was hurt, except for one firefighter who experienced a minor injury that did not require going to the hospital. 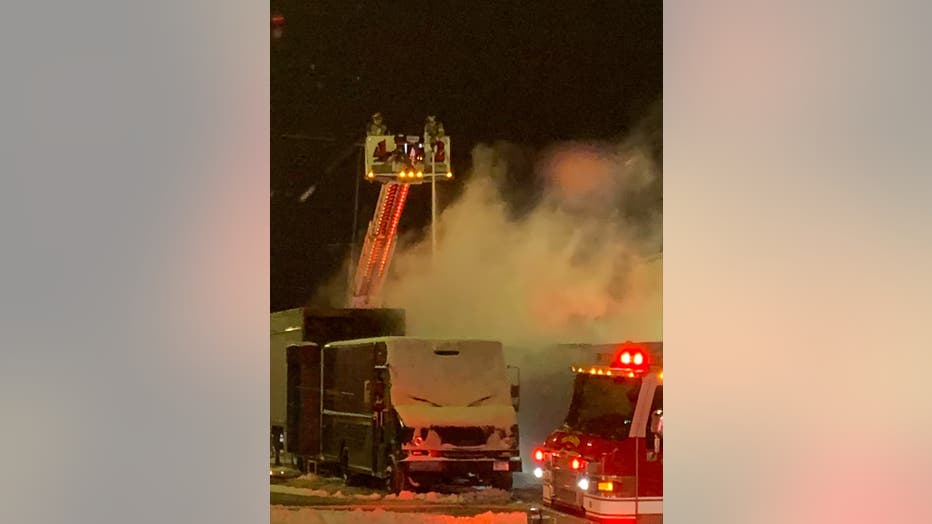