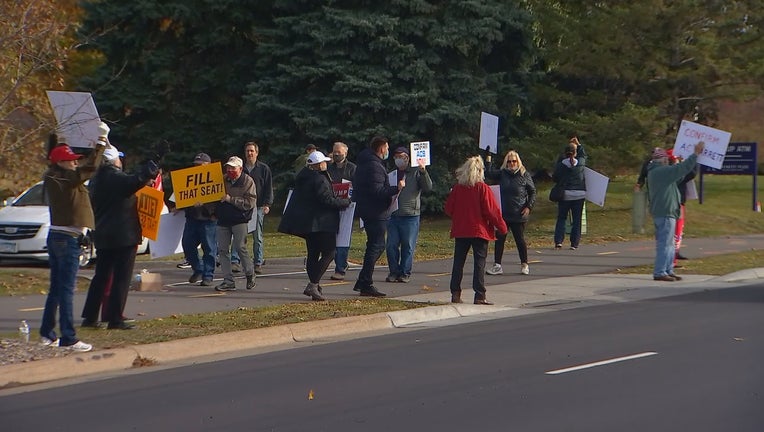 Supporters gathered in St. Paul on Sunday to rally for Barrett's confirmation. (FOX 9)

"President Trump is doing his duty, and he should just do his duty," said one supporter. "Amy Coney Barrett is very qualified so I don't see what the problem is."

Both Senators Klobuchar and Smith have voiced their opposition to Barrett, and to what they call a rushed confirmation process.

The Senate Judiciary Committee will vote on her nomination on Thursday. Barrett's nomination could potentially be approved in a full Senate vote by the end of the month.