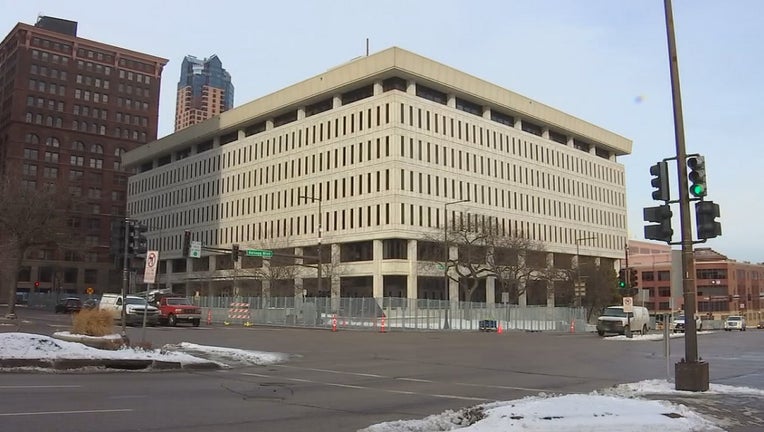 ST. PAUL, Minn. (FOX 9) - Fencing was being put up on Tuesday outside the Federal Courthouse in St. Paul ahead of the trial of three former Minneapolis police officers charged with violating George Floyd's civil rights.

Derek Chauvin, who was found guilty in George Floyd's murder, won't be part of the trial after a guilty plea on federal charges last month.

Fencing goes up in St. Paul ahead of federal trial for officers in George Floyd death

Fencing was being put up on Tuesday outside the Federal Courthouse in St. Paul ahead of the trial of three former Minneapolis police officers charged with violating George Floyd's civil rights.

The trial for the other three officers is set to start later this month.

Criminal defense attorney and former state lawmaker John Lesch is not directly connected to the case involving the three former Minneapolis police officers at the scene of George Floyd’s deadly arrest. But with all the attention on Derek Chauvin’s murder conviction in state court and Chauvin’s recent guilty plea in federal court, Lesch figures it won’t be easy to find an impartial jury.

"If I am following the trend of the way the juries are going, I say a conviction on all counts," Lesch told FOX 9.

"But again, juries are fickle groups. They can do whatever they want."

Tou Thao, J. Alexander Kueng, and Thomas Lane are set to go to trial on January 20 on charges they deprived Floyd of his civil rights outside Cup Foods after failing to intervene as Chauvin kneeled on Floyd’s neck for nearly 9 minutes, and not providing medical assistance as Floyd took his last breaths.

The case is being held in St. Paul because the judge presiding over the case has chambers here at the Warren Burger Federal Building on Robert Street.

Security is a top priority, and while it won’t be to the level we saw during Chauvin’s live-streamed trial in downtown Minneapolis last year, law enforcement is still preparing for various contingencies. Crews began erecting security fencing around the courthouse perimeter this week.

The St. Paul Police have said the department is committed to doing everything possible to ensure the proceedings are safe for all involved, saying, "our focus is on protecting people, property, and free speech."