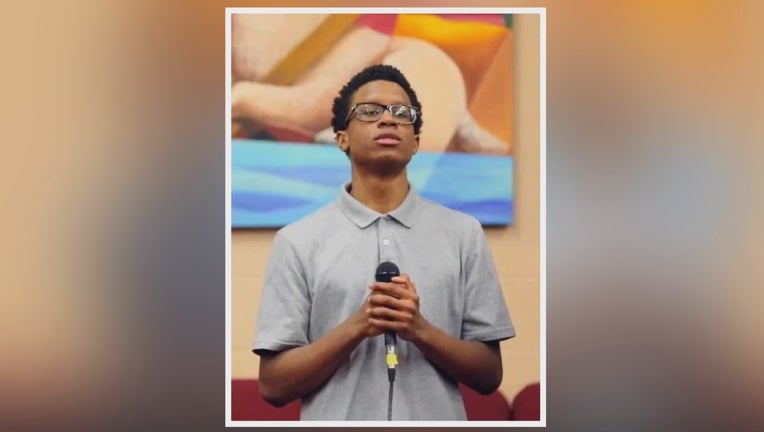 RAMSEY, Minn. (FOX 9) - A 16-year-old boy is finally out of the hospital after he was stabbed in what his family is calling a racist attack.

His family is now speaking out the make sure justice is served.

A teenage boy was injured in what is believed to be a racist attack in Minneapolis.

"Julius is a bright 16-year-old boy who loves to play basketball and is involved in his church," said the victim's aunt Blossom Dixon.

It's been one week since 16-year old Julius Cummings and his friend were stabbed at a Ramsey park on June 27. The teen survived but had serious injuries, including a collapsed lung.

"He's a good kid, and if he was a bad kid, it’s still not ok to stab someone," said organizer Ralanda Wells. "It's just not, he’s a child, stabbed five times in the back."

Those who know and love Julius fear it was a racially-motivated attack.

"There were racist things spoken when it was done and so absolutely I absolutely do," said Wells.

According to the Sheriff’s Office, the stabbings happened at Flintwood Terrace Park last Saturday night.

Police say a 19-year-old white man later came home and told his parents he had stabbed two people in the park. He was arrested.

"It’s paralyzing to think that just because someone wants to, they can go stab someone, admittedly stab someone, be an adult and then be released," said Wells.

Saturday, they’re making sure Julius’ case stays front and center by holding a prayer march from the George Floyd memorial on 38th and Chicago to Powderhorn Park to lift up requests for truth and guidance in the investigation.

"Truth, because that’s what we’re seeking to have an understanding of what happened on Saturday evening to Julius and his friend," said Dixon.

The sheriff's office said they are continuing to investigate and pursue justice for the victims. But Julius’ family says they’re worried for the safety of others with no one in custody.

"Where does it stop?" asked Wells. "It makes you want to lock your doors and not let your kids out of the house."