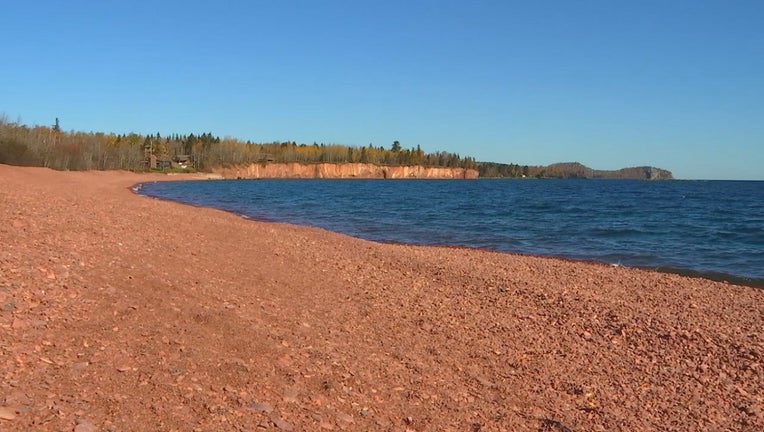 TWO HARBORS, Minn. (FOX 9) - On the North Shore of Lake Superior, there is a beach where you will not find any sandcastles or sunbathers. But what you will find is something incredibly unique.

The lake pushing and pulling the rocks that create the masterpiece that is Iona Beach: 300 yards of smooth pink rocks, no plants, no dirt just the rocks.

On the North Shore, there is a beach where you will not find any sandcastles or sunbathers. But what you will find is something incredibly unique.

The formation of this beauty started about a billion years ago with a powerful, explosive volcano.

"That feldspar and quartz is very viscus meaning it doesn’t flow very easily," said DNR naturalist Arika Preas. "So it took a lot of power to get it up, which is why this pink isn’t very common, you don’t see it very often."

Had it cooled underground, it would have been granite but with the force that brought it to the surface, it formed rhyolite instead.

"If you look back on that cliff back there that’s where it started and then the wave power kind of hit that cliff and it eroded and knocked parts of it off and it kind of tumbled in the lake and then the lake spat it up on to this beach," said Preas.

But there’s more to Iona than the color: The sounds of the rocks crashing together while walking or tumbling over one another. 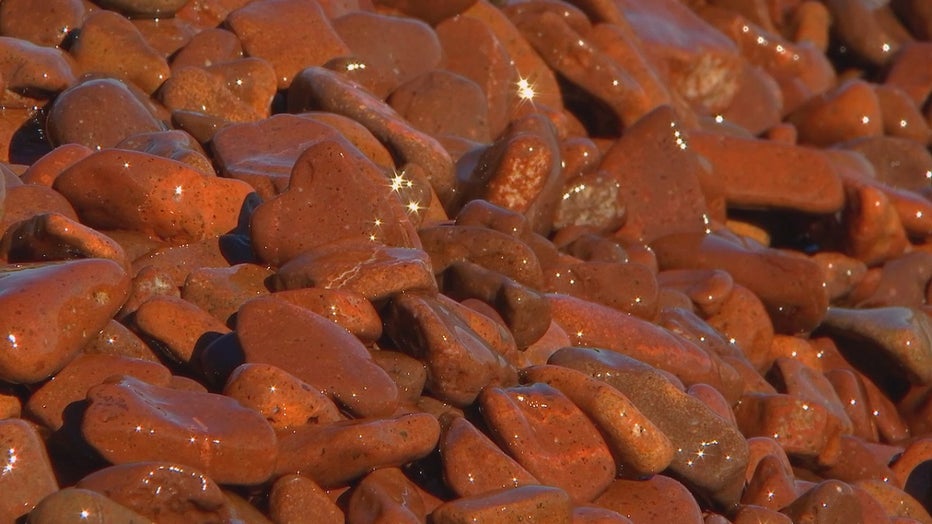 Listen closely, in between each wave, is a tinkling sound. Like bells or a soft wind chime, every rock that tumbles back offers up a sweet melody which is why some call it "The Singing Beach."

"The lake’s able to move it nicely and when it knocks against each other there are the perfect air pockets in between them that they hit against each other and it’s kind of like a wind chime pulling them and spitting them back out on the beach."

It’s an easy place to lose your thoughts and to imagine how it all started. However, there are hints of something else in those rocks, sprinkled about the pink, is grey, basalt rocks from the cliff at the other end of Iona.

It really is worth making the stop up here on top of the cliff. The sights and the sounds are just as enchanting as those on the beach below.

Superior carving her way in over the years leaving us with the klunk and clash of the water splashing up against the rock letting us know she’s not done yet.